Word has been circulating for a while that Amazon was getting ready to roll out its very first smartphone for a while now. That smartphone has officially been unveiled and it is called the Fire. At the center of the Fire smartphone it its dynamic perspective capability that has a sensor to respond to the way you hold the phone. 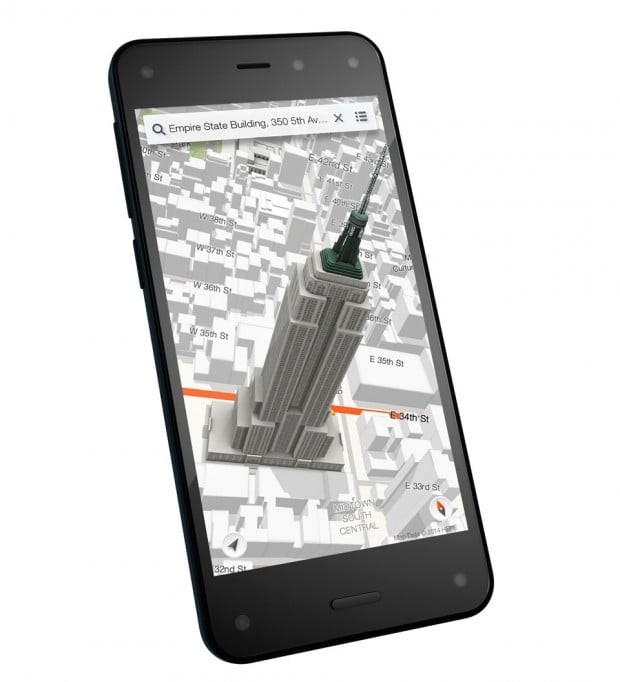 That system uses four special cameras and infrared LEDs in the face of the phone to support one-handed gestures, gaming, and enhanced actions. Firefly tech inside the phone can help users discover information and take action on real world items like phone numbers, emails, and web addresses. That means you can show the phone camera a phone number, email, or web address on printed material and it can start an email or go to the web page. It also makes it easy to purchase products by holding them in front of the phone, which sounds pretty similar to the “Flow” feature already built into Amazon’s mobile app.

The Fire phone features a powerful 2.2 GHz quad-core Snapdragon 801 processor, 2GB of RAM, a 4.7″ 720p display, LTE connectivity, and dual stereo speakers. The rear camera is a 13MP with an f2.0 lens and optical image stabilization, which should help it achieve better pictures in low light. The front camera is a 2.1MP unit.