Pokémon X & Y took the series’ evolution mechanic to 11 with the introduction of Mega Evolution, a superior albeit temporary evolved form for select monsters. But these officially licensed plush toys will stay Mega Evolved whether in or out of battle. 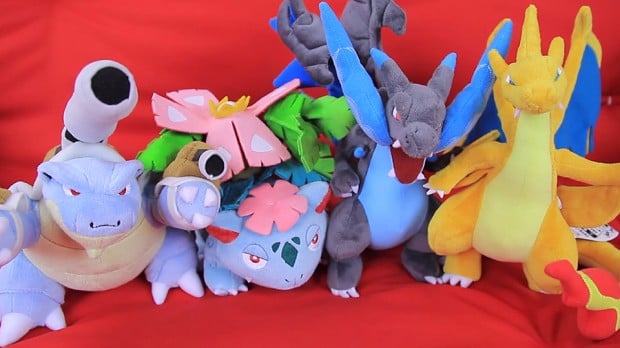 The toys are originally sold only at Pokémon Centers in Japan, but you can now get them from PokéVault as well. Aside from the ones featured by YouTuber TheJwittz in the video below, as of this writing PokéVault also has Mega Absol, Mega Lucario, Mega Blaziken, Mega Mewtwo X & Y, Mega Ampharos and Mega Garchomp.

Mega Browse to PokéVault to order the Mega Evolution plush toys. They cost between $45 to $65 (USD) each. I couldn’t find Mega Charizard X at the store though, but if you really want him you can always try eBay.