Intel has announced the availability of a silly new app for iOS and Android users called Pocket Avatars. The app takes advantage of the front camera on your smartphone to capture your facial expressions and voice and combine them with an animated avatar. So whatever facial movements you make are applied to the avatars. 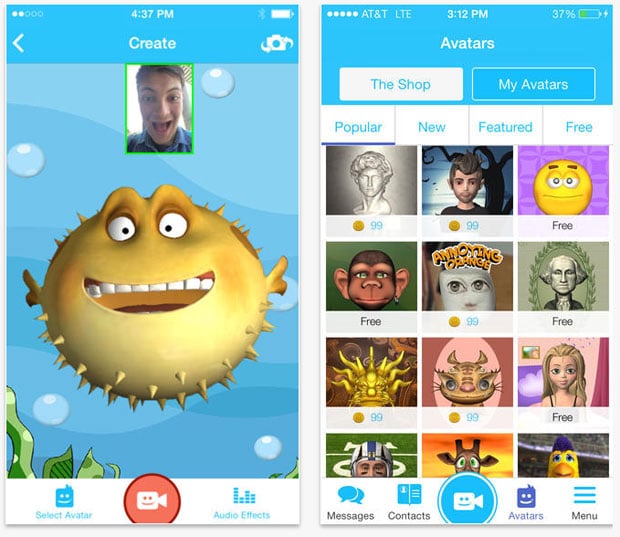 Once you talk into the mic and the camera combines your expressions with the cartoon avatar, you can then share the messages. The app has about 40 different avatars available, though only about half that number of avatars are free, while the others cost 99 cents each and can be purchased in-app.

Sharing can be accomplished via SMS, email, and twitter. Some of the available avatars include Care Bears, LEGO characters, Obama, and various other cartoon characters.