Flag It: Vittel Refresh Cap Reminds You to Stay Hydrated

Unfortunately, some people don’t drink it as often as they should, opting for sugar-filled beverages that will get them on the fast track to diabetes. But then there are those who simply lead busy lives that they forget to drink the recommended eight glasses of water a day. Either that, or they’re extremely forgetful. 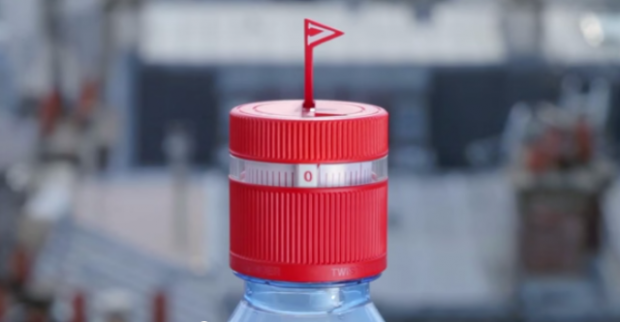 So for these people, there’s the Vittel Refresh Cap. Use it like you would a regular cap and screw it back onto the bottle when you’re done taking a swig or two. As you twist, its built-in timer is set and a mini flag goes up to remind you that it’s time to drink again.

When you twist the bottle cap shut after your refreshing sip, a timer begins automatically. Nothing new to do just twist the cap as you used to do but this time utility has been added. The program was launched in France in order to gauge consumers’ reactions and measure their behavioral changes. Initial findings show people drank more water during the day and enjoyed it.

Do you think you’d drink more often with a reminder like this?