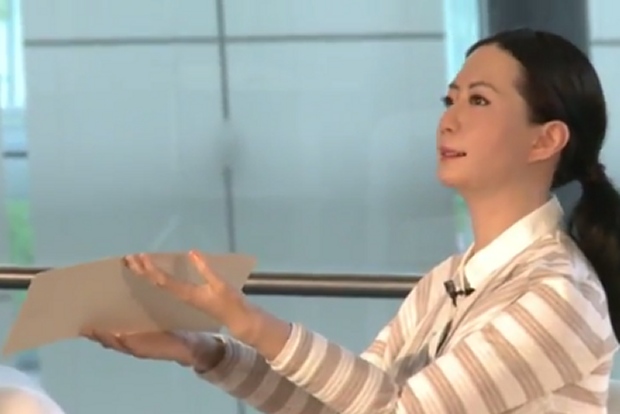 Like real news anchors, they look pretty lifelike at a distance, but when they start moving and talking, the fear part of your brain will shriek and want to run and kill them with fire. Kodomoroid says, “My dream when I grow older is to have my own TV program. If you hear about a newscaster job, please let me know.” Ahhh. So cute. Not!

So now we will have robots to report on the other robots who took our jobs. They can all interview each other while reporting on their bloody purge of humanity. I want off this world now please. Both androids will be on display at Tokyo’s National Museum of Emerging Science and Innovation starting Wednesday.