Saga Prince Robot IV Cosplay has Working TV: Are You Sure It’s a Costume?

While at the 2014 HeroesCon, Shawn Scott Smith took these images of a cosplayer dressed up as Prince Robot IV from the excellent comic book series Saga. Prince Robot IV’s elegant yet dorky appearance has made him popular among cosplayers, but this is the first version I’ve seen that has a working TV as its head. 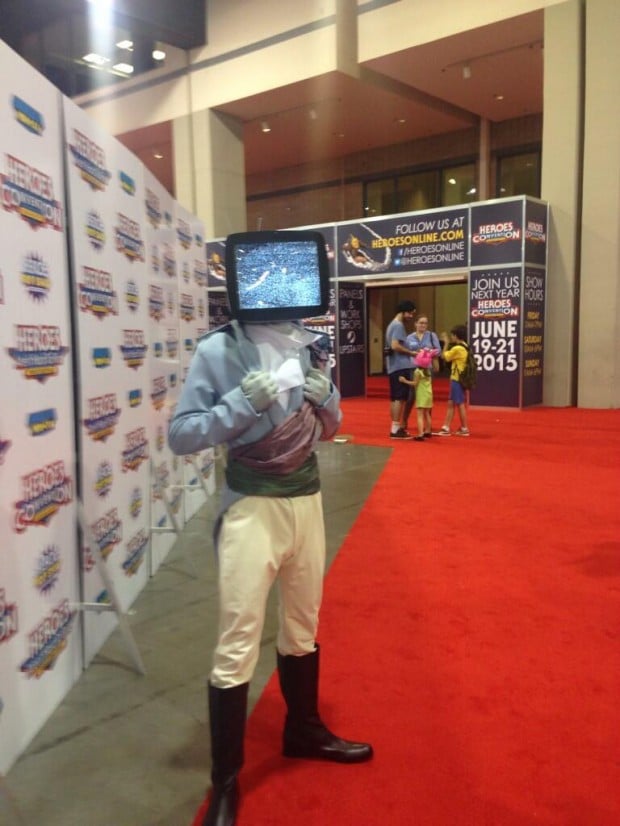 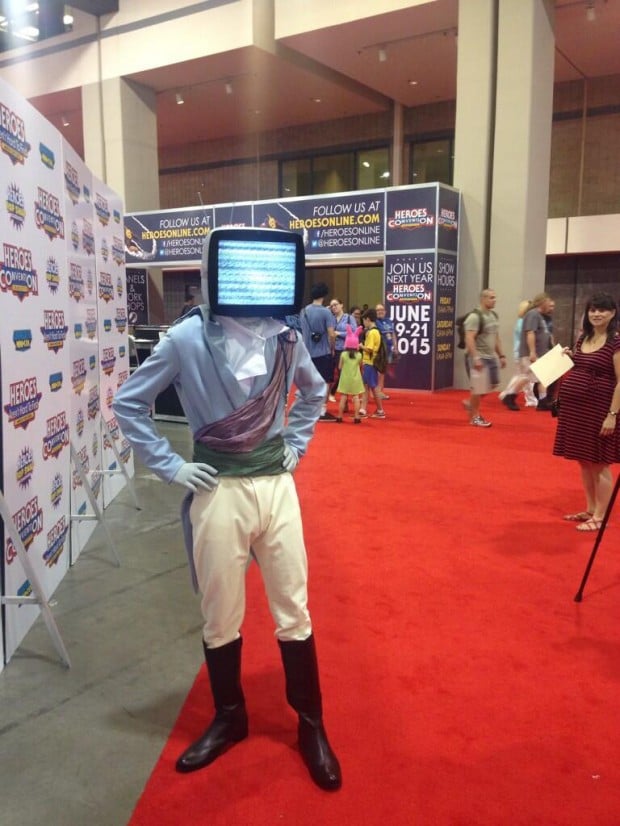 Sorry blue blood, but this isn’t Landfall. You’re not allowed to go home yet anyway. Back to your mission!