iPhones and iPads Back on Sale at Costco

About a year and a half ago, Costco stopped selling Apple products in its retail and online stores. After a long absence, Apple iPhone and iPad devices are now back in Costco locations with some big discounts. The Apple gear is in the discount stores thanks to a partnership with Wireless Advocates. 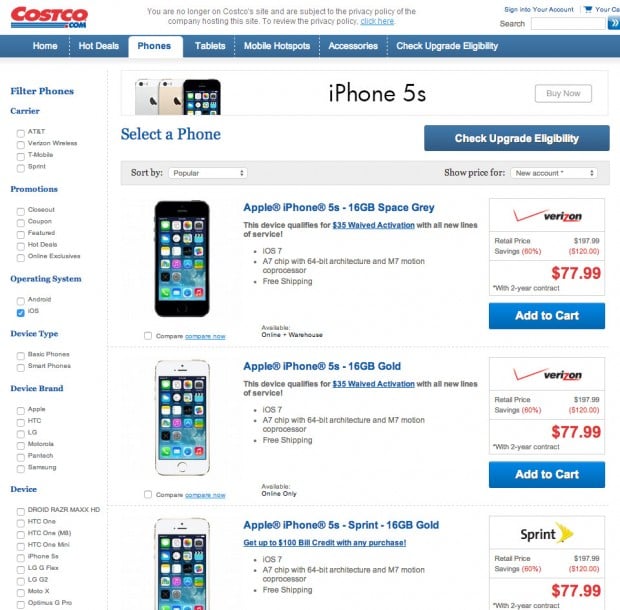 The product offerings include the most recent iPads along with the iPhone 5S and 5C. The Costco website shows Apple gear with discounts up to 60% off on some devices. The 16GB iPhone 5S is available for just $77.99(USD) with a new contract. 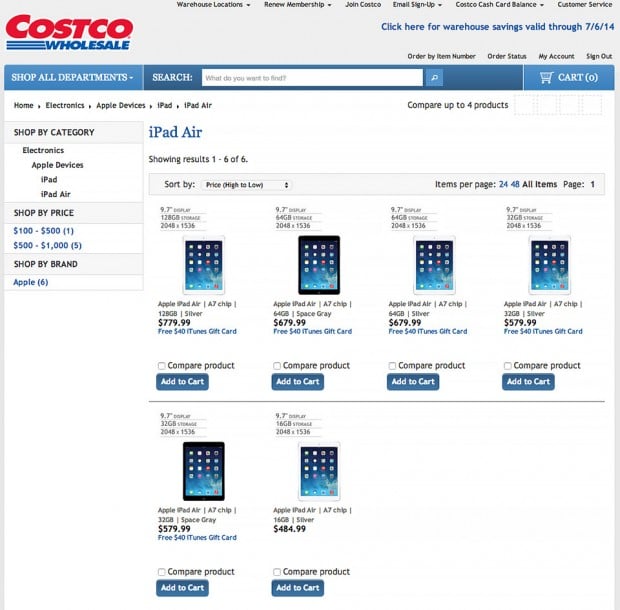 The iPad Air and iPad mini are also $15 to $20 lower than typical retail, though the cellular models don’t currently appear on the Costco site. It’s unclear if these prices will be permanent or if they are some sort of short-term sale.