In the early days of the space program, NASA used capsules atop powerful rockets to fling astronauts and gear into space. We replaced those early capsules with the space shuttle fleet. With the shuttles retired, U.S. astronauts are having to catch a ride with Russia to get to the ISS. That will all change when the Orion space capsule is ready to take astronauts into space. 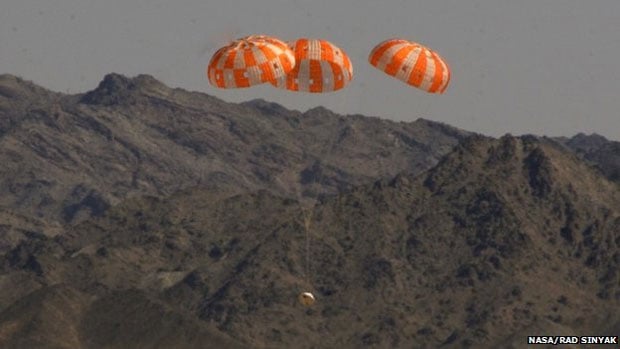 The Orion has completed a successful and important test on its path to taking Americans to the ISS and beyond. The USAF loaded its capsule into the back of a C-17 aircraft, took it to 35,000 feet, and kicked it out of the back of the plane.

An unmanned space test for the capsule is set for December.