I don’t care how good you are at playing Super Mario Bros., you have to be impressed by someone beating the game in under five minutes during a speedrun. This is a new record, and the gamer who did it goes by the name Blubbler. 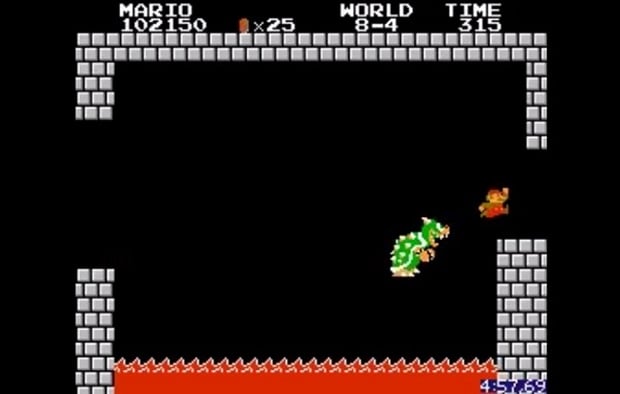 The exact time was 4:57.69. It barely beat the record, doing so by less than a second. Do you remember how long it would take a typical player to beat the game way back in the day? If you had told someone then that it was possible, they would have just laughed at you. Of course, it helps if you skip collecting coins and power-ups like this guy does.

Check out the video and see how Blubbler did it.