Pictures make it easy to record or compare visible properties such as shape and color. But they’re not the best way to figure out distances and measurements. Until now. Smart Picture Technologies is working on an app that will let mobile devices extract the measurements of and distances between objects just by taking a picture. 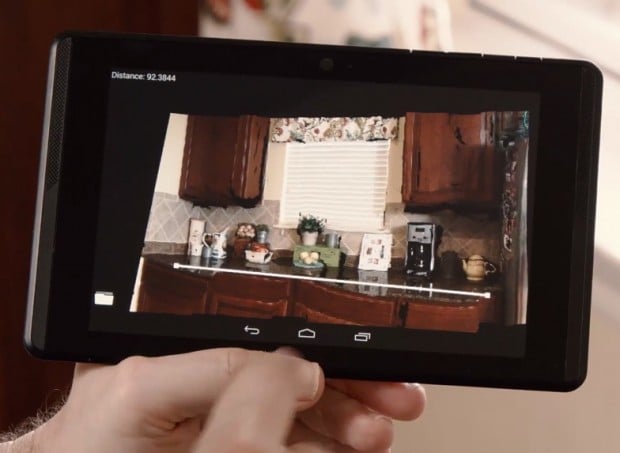 Using Smart Picture Technologies’ app, you will first take a picture of the object(s) you want to measure. After it generates a Smart Picture, you can then tap between points on the picture and it will tell you the distance between those two points. There have been other apps which claim to provide measurement abilities, but most of them aren’t very accurate. Smart Picture’s tech appears to be more sophisticated and intuitive than existing apps.

The company is also testing its software on Google’s Project Tango devices, which as you may recall have the capability to create 3D models in real time. Here’s the Smart Picture app running on Google’s devices:

Smart Picture Technologies plans to release its mobile app next year. You can read more about the company’s work on its website. Screw the hoverboard, 2015 will be awesome enough if I get my hands on this witchcraft.