Throwing a dinner party for a bunch of astronomers or astrophysicists? I can think of no better way to serve up their meals than on these plates that look like the planets of our solar system. 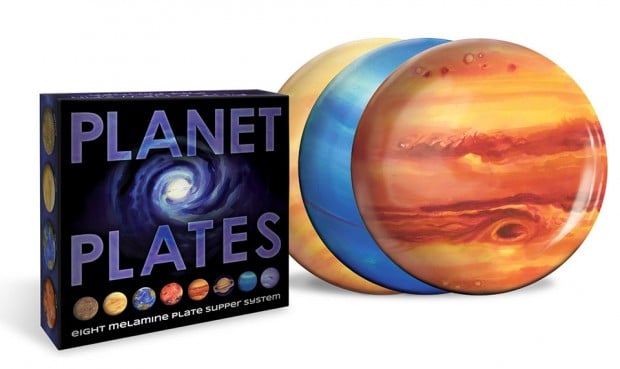 This set of eight 10″ diameter melamine plates is decorated with watercolor prints of Mercury, Venus, Earth, Mars, Jupiter, Saturn, Uranus, and Neptune. And while the scientist in me would prefer that they were each made to scale, it would suck to get the Mercury-sized serving while the person sitting across from you gets a portion as big as Jupiter. And can you imagine if they included the dwarf planets like Pluto and Ceres? Those plates would probably each hold a single pea. 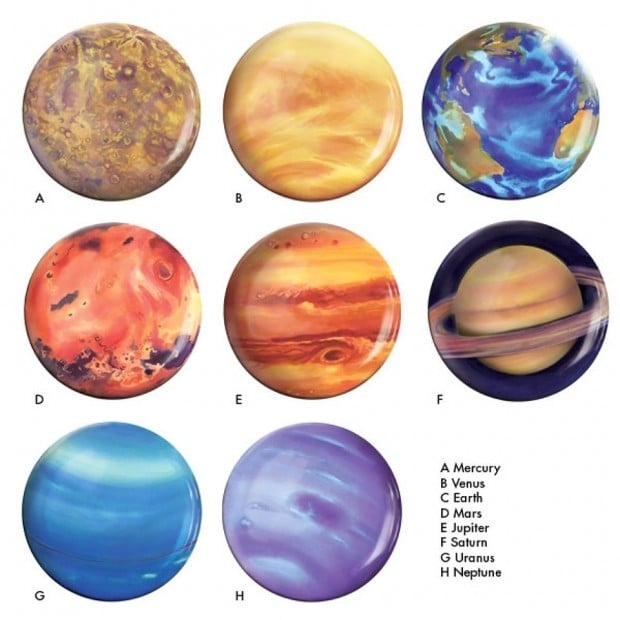 While the plates are dishwasher safe, they can’t handle the microwave. Planets that can’t handle microwave radiation? Are you serious? These aren’t realistic at all.

Still, if you can overlook the lack of realism, these plates are still pretty cool. Hop into the ship of the imagination and pilot it over to Amazon, where you can land a set of Planet Plates for $38.95(USD).