3D Printed Cyvasse Set: Time for a Trip to the Iron Bank

We’ve featured free 3D files for a pretty good interpretation of a Cyvasse set, inspired by the eponymous board game in the A Song of Ice and Fire novels. But if you’d rather buy a ready to play set, check out Michael Le Page’s creation. Unlike the previous set we featured, Michael opted for a hexagonal layout and a more utilitarian design. 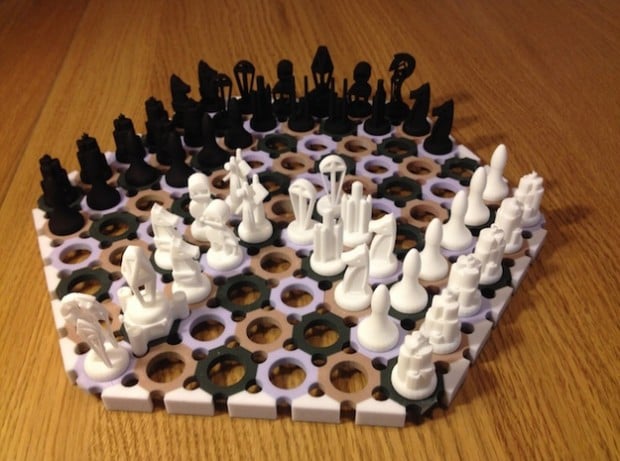 Michael’s Cyvasse board has large holes that will securely hold the pieces. The smaller holes are for the terrain tiles. You can also use Michael’s set to play hexagonal chess. Skip to 3:38 in the video below to see a brief demo of the set.

Michael is selling 3D printed versions of the set by way of Shapeways. It’s going to cost you though. The board sells for $150 (USD), while the pieces and tiles for one side sell for $77.40 (and obviously you need two sides to play).