The late Don Ivan Punchatz’s cover art for Doom is as memorable as the game itself. Gaming Heads immortalized the illustration with this badass resin diorama. It’s called Doom: Knee Deep in the Dead, and it comes in two variants. The Exclusive Edition has pulsing lights inside its base. The floor is lava! 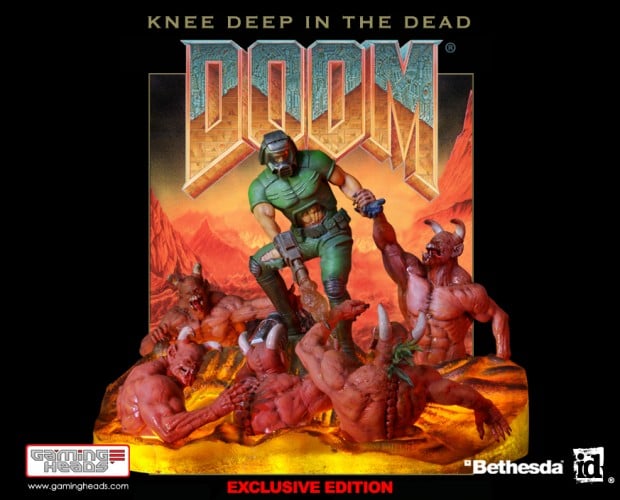 As you can see it’s a near-perfect representation of the cover art, down to Doomguy’s awkwardly posed left hand. The diorama is made of polystone and measures 12.5″ tall and 17″ wide. It’s hand-finished and hand-painted and has removable bullet effects. 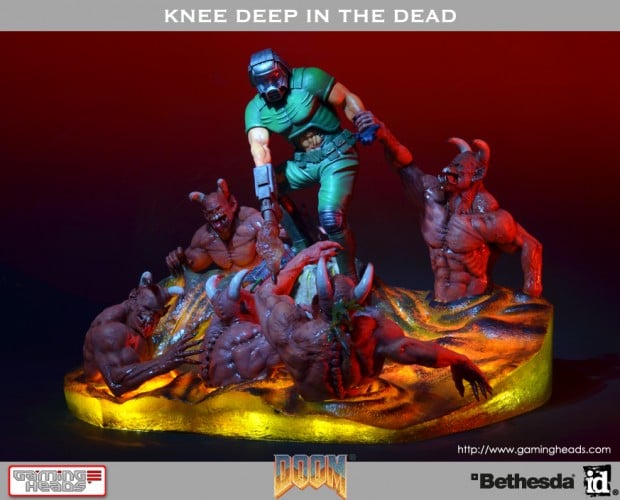 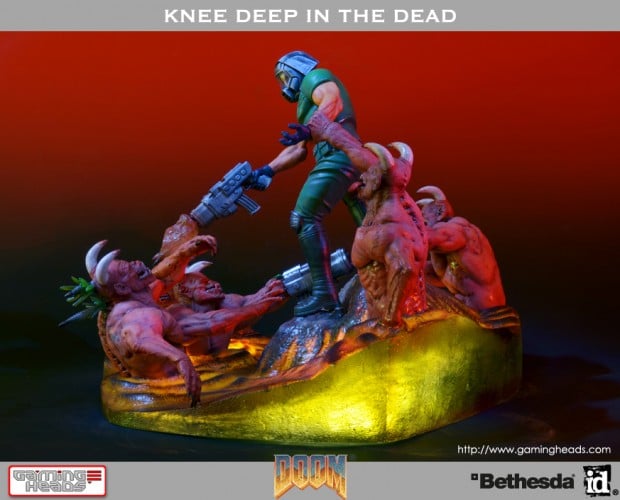 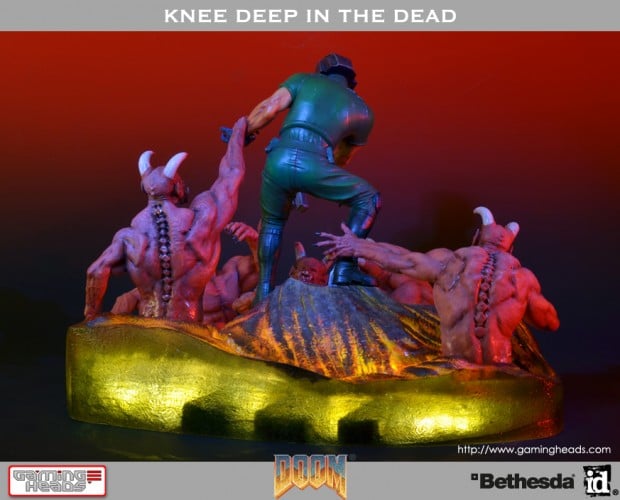 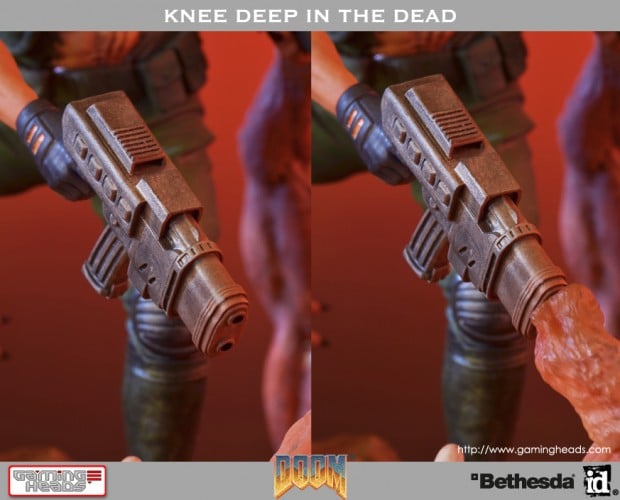 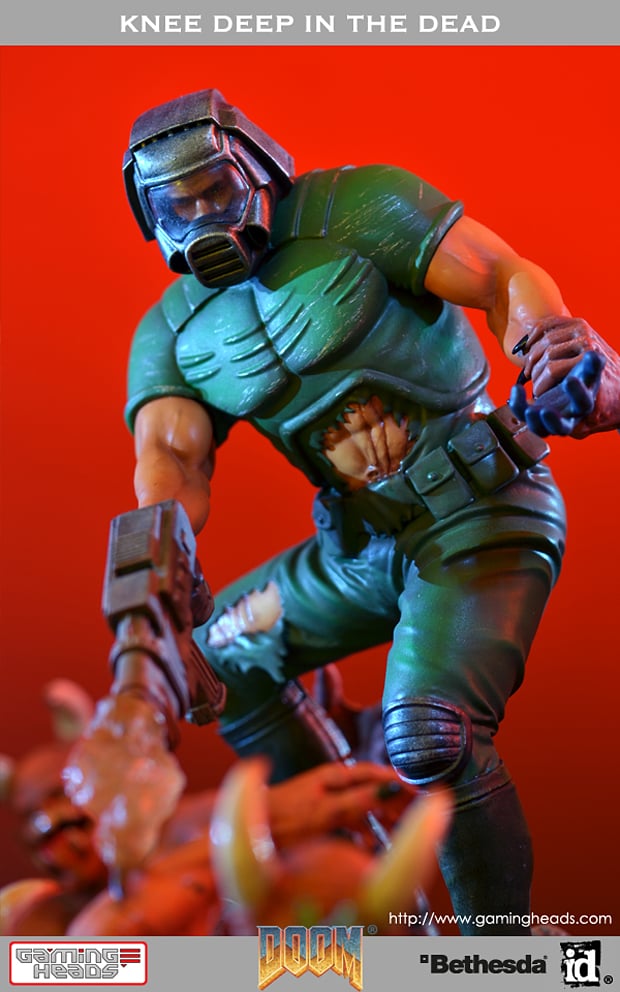 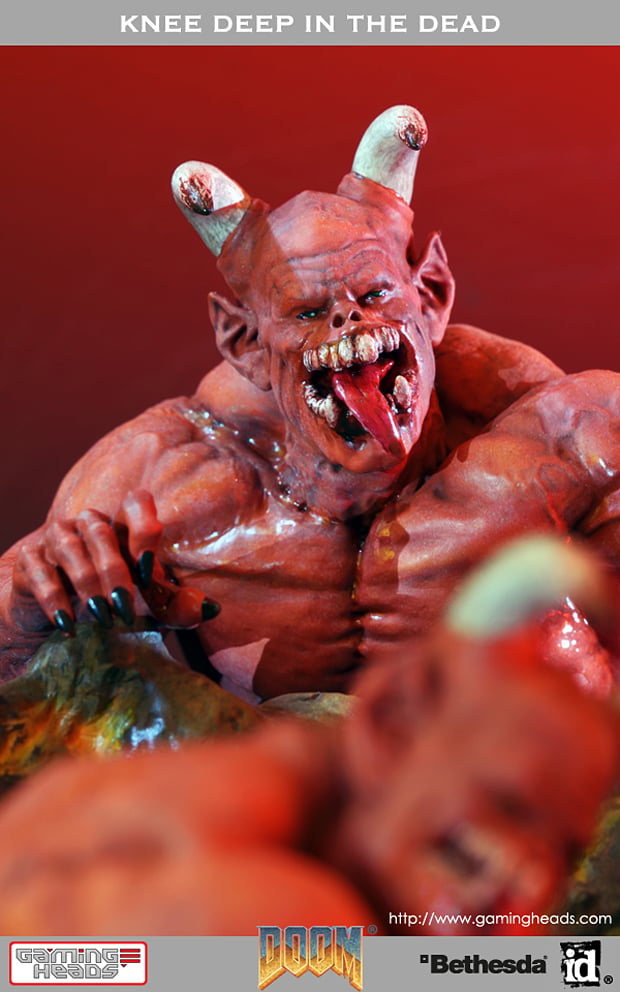