A couple of years ago we spotted the Exo Suit, a concept submitted to LEGO Cuusoo (now called LEGO Ideas) by Peter Reid. It appears the powers that be loved Peter’s concept as much as we did, because LEGO recently announced that the Exo Suit is now an official LEGO product. 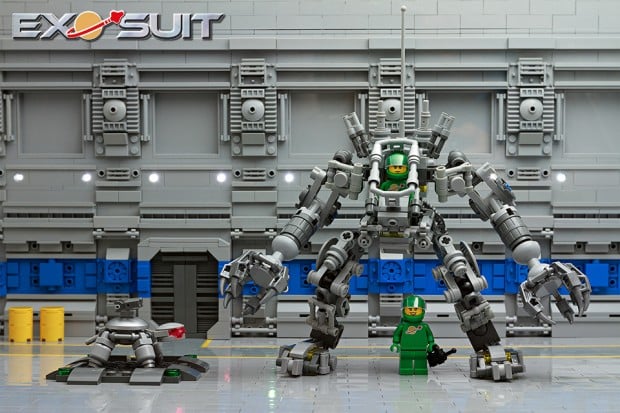 The image above is from Peter, so I’m not 100% sure if it shows the official set. It practically looks the same as the ones featured in LEGO’s short animated teaser though.

It looks like a mix of the Aliens Power Loader, the Centurions Exo-frames and the APUs in The Matrix. The minifig pilot’s smiling face is a hilarious contrast to its menacing appearance. According to The Brick Blogger, #21109 LEGO Exo Suit will consist of 321 pieces and will be available starting this August for $34.99 (USD).