With the Retro Alien Playset, the Game is Never Over

Growing up in the ’80s it seemed like every year there were hoards of playsets that would launch based on some of the cool movies of the day. I have many fond memories of my Star Wars Ewok tree house playset. I also have some scary memories of watching the original Alien movie. Since that flick wasn’t aimed at kids, there were no playsets to go along with it.

Funko and Super 7 have teamed up to launch a sweet retro Alien playset that looks straight out of 1979. 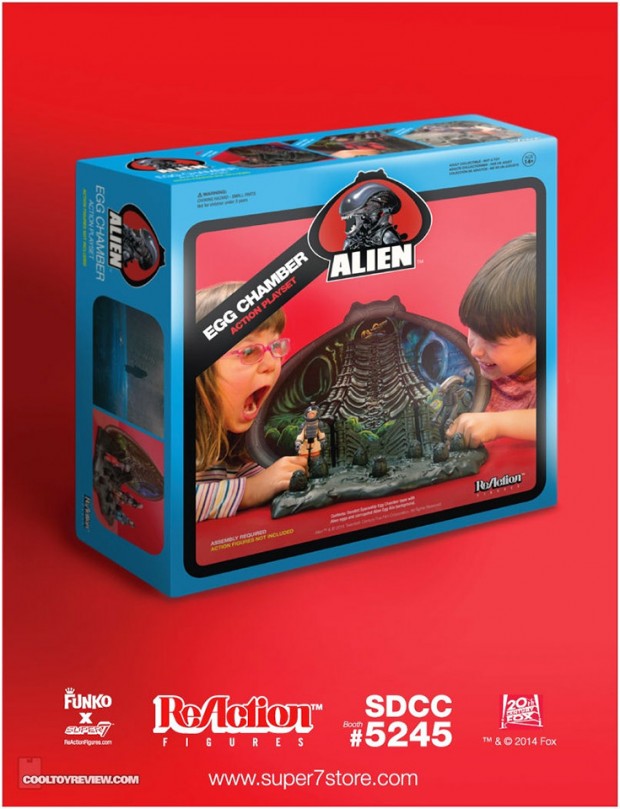 The figures with the Alien Egg Chamber playset are not the realistic fare we are used to seeing at Comic-con, but are a softer more kid-like sort – like the old Kenner action figures. The big catch here is that there are only 250 of these available and they will sell for $100 each. If you are going to San Diego Comic-con and like Alien, you better get there early and head straight to the Super 7 booth (#5245) and be prepared to whip out your cash.