Patrick McCabe has what might be the world’s only single-player Connect Four set, thanks to a robot that he made for his Microcomputer Project Laboratory course at MIT. The robot is slow and noisy, but it makes up for its crude machinery with its sharp brain. 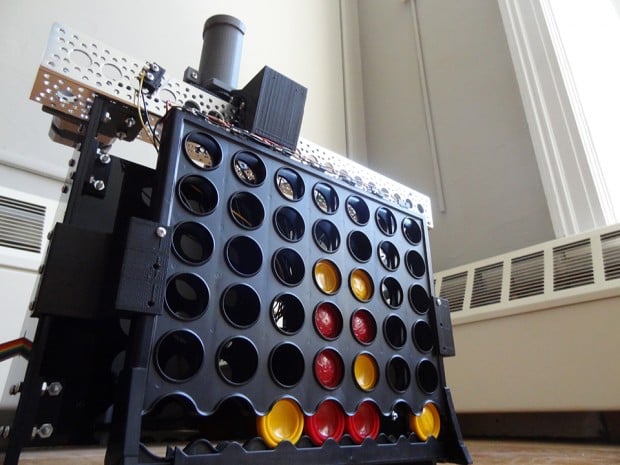 For those of you who don’t know, Connect Four is a solved game. It’s possible to predict the outcome of a match from any given state and there are proven opening moves and strategies that will inevitably result in a win. Patrick used the Negamax algorithm and made a heuristic that lets his robot analyze the current state of the grid and determine the best move out of the remaining possible moves.

Line up your browser to Patrick’s website for more on how he made the robot.