Portal 2 is one of those video games that was such a classic that gamers are still playing the title even though it’s a few years old now. If you are a fan of the game, you will want to get your wallet ready to buy one of these two action figures, or perhaps both. 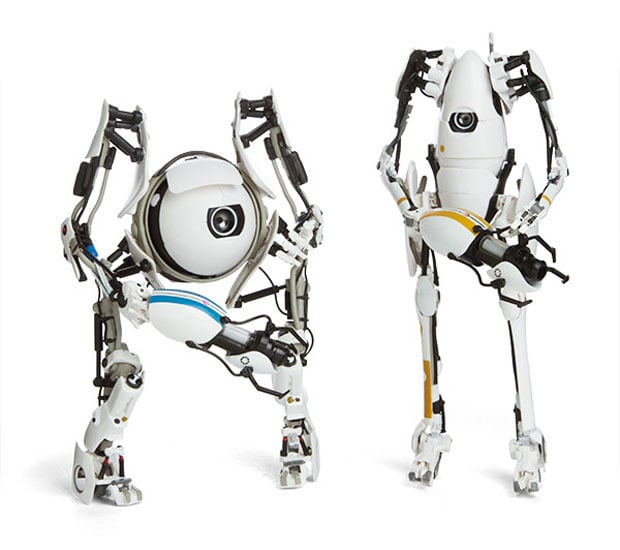 NECA’s action figures are in the form of the co-op mode androids ATLAS and P-Body. Each figure stands about 7 inches-tall and they have glowing LED “eyes” and their own portal guns. 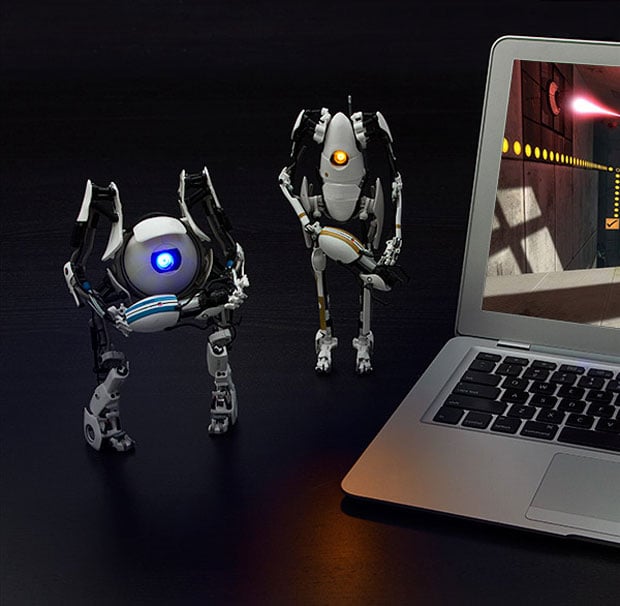 They are made to the same scale as NECA’s earlier Chell action figure and are officially licensed. You can buy either action figure for $24.99 or get the pair for $39.99 at ThinkGeek.