If there’s one thing we never saw anyone in the Star Wars movies doing, it was checking their wrist for the time. That’s so unrealistic. It’s not like they had smartphones with clocks on them either. For instance, how did Boba Fett know what time to meet Jabba to deliver Han Solo? Clearly he should have had a watch so he could get there on time. 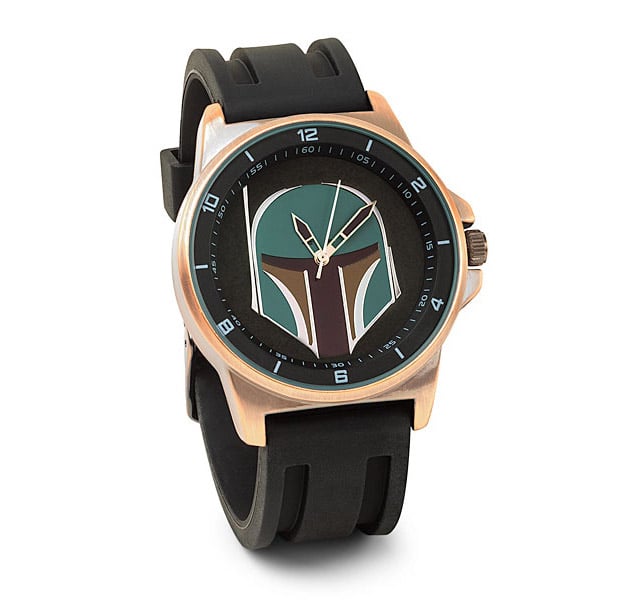 Can you imagine what Jabba the Hutt would do to you if you showed up late to a meeting? He’d at least slobber all over you. Fortunately for you, this Boba Fett wristwatch is readily available, and will ensure you’re always on time to the sand barge.

So fire up your backpack jets and head over to ThinkGeek, where you can grab this timepiece for just $29.99(USD).