Looking for a new pair of kicks? A pair that will stand up to a bunch of running and jumping, kicking Goombas, and the occasional lava level? Converse has introduced a new line of shoes in Japan that are Super Mario-themed and come in two colors. One for red Mario, one green for Bowser. 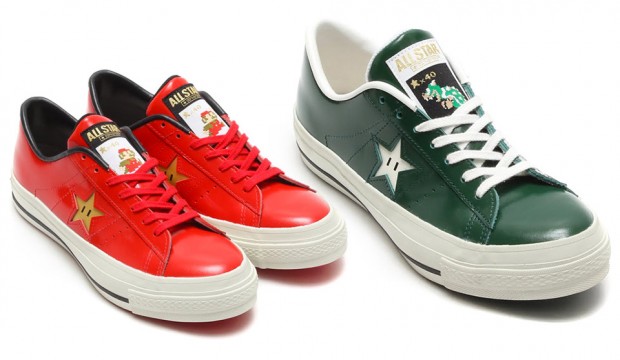 Both are featured here, one has Bowser on the tongue, and the other has Mario. They look pretty shiny and awesome, though the price is ¥21,600, which is about $212(USD). That’s a bit expensive, but all of your friends will be jealous, so they are worth it as far as I’m concerned. The shoes will be available in Japan in August. We have no idea if they will show up anywhere else.

You can always import a pair if you must have them.

[via Destructoid via Slashgear]