After a long hard day fighting crime, you stink. I don’t even want to think how rank it is inside those superhero’s leotards or Iron Man’s armored suits. Clean up your act with these Avengers deodorant body sprays. 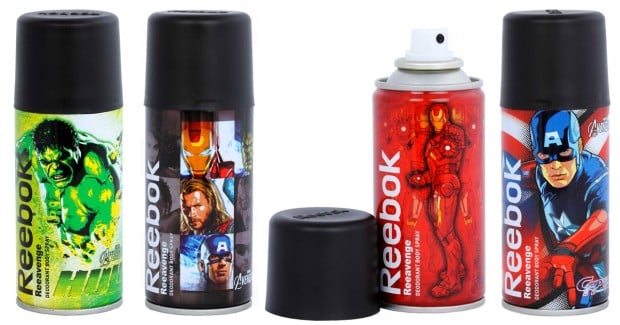 Reeavenge body sprays are made by Reebok, and come in Hulk, Iron Man, Captain America and Avengers spray cans. I have no idea if they have different scents, or if the same aroma can be used to cover up the Hulk’s angry green stench as Thor’s sweaty locks.

Guess the way to find out is to order a few cans and spray yourself down. They’re available from Flipkart for about 179 Indian Rupees ($3 USD) each.