Some people find the look of the Teenage Mutant Ninja Turtles in the upcoming film to be scary. They aren’t quite what everyone wanted. Maybe they should have looked more like these cute plush toys from Build-A-Bear. That’s right Build-A-Bear now has Leonardo, Raphael, Michelangelo, and Donatello, all soft and cuddly. 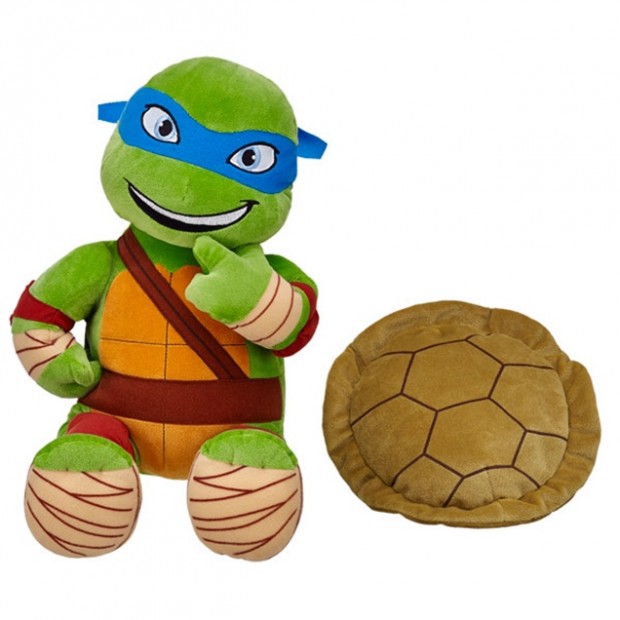 These guys look awesome and are probably the most clever new TMNT toys I’ve seen since we heard about the movie. As a cool bonus, their shell backpacks are removable. 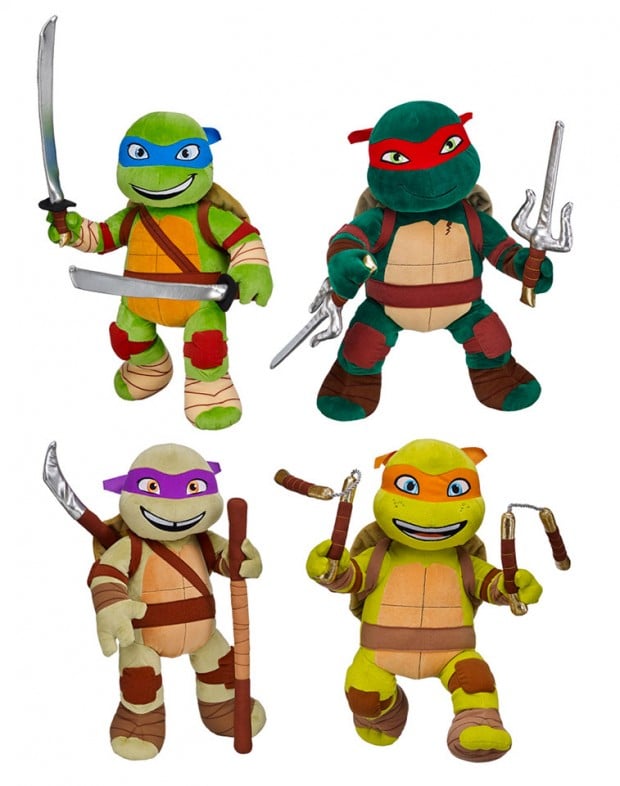 And they have weapons, which are available as part of the toy or separately. You can also dress a bear up as Shredder! 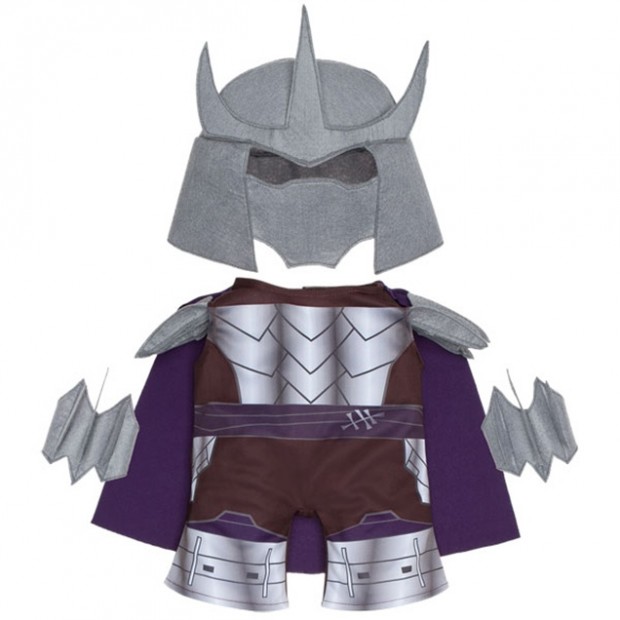 It gets better. You can buy TMNT sleeping bags and hoodies for them. Buying toys for toys, it’s crazy, but I love it.