YouTuber Hknssn loves to create whimsical industrial robots using LEGO Mindstorms, like the paper airplane maker that we saw last year. His latest creation is a robot that makes towers by stacking prebuilt modules. This will inevitably lead to the Mindstorms speaking in different programming languages. 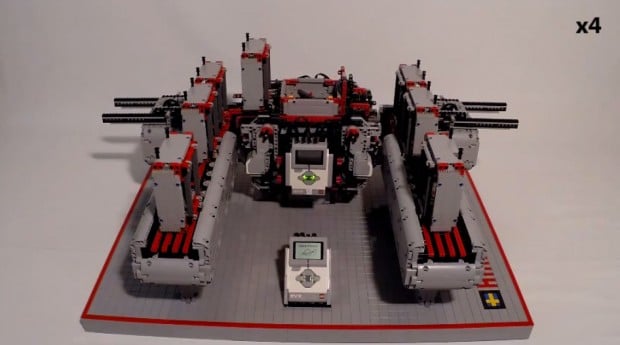 Hknssn arranged it so the part of the robot that receives and stacks the modules can ride up the tower despite the ever-increasing distance between the base level and the top of the tower.

According to Hknssn’s calculations – assuming there were enough modules – the top of the robot’s tower will reach space in 7,432 years. His next project should be a cryostasis machine.