3D Printed Nebula Scale Model: Do You Want to Print a Star Cloud?

With the right tools, you can 3D print almost anything: a quadcopter, an action figure version of yourself or even a pixel perfect replica of a painting. But a team of astronomers were able to print something that’s literally out of this world. They managed to create a high resolution 3D model and a printed replica of the Homunculus nebula, even though the cloud is 7,500 light years away. 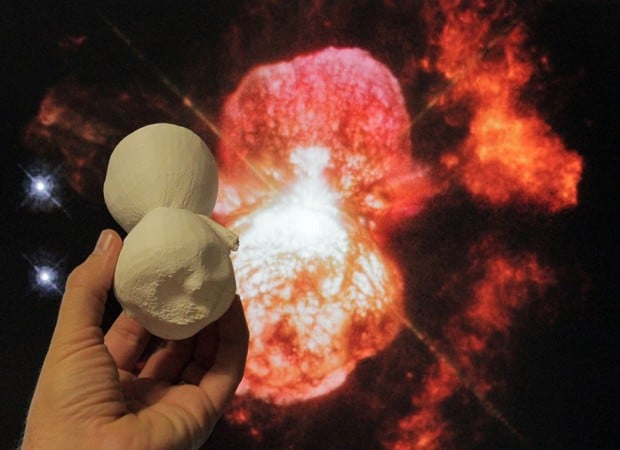 The astronomers gathered data about the Homunculus nebula in 2012 using the European Southern Observatory’s Very Large Telescope and X-Shooter spectrograph. They then turned that data into a 3D model using a program called Shape. The 3D model and its printed equivalent gave scientists more insight about the nebula’s origin.

Check out NASA’s website for more on the breakthrough and to download a copy of the 3D model.