I really like the idea of owning a 3D printer so I can build all sorts of cool items when I want. The catch for me is that I want to see how hard the machine is to use before I plunk down the money. I would bet many people out there are the same way. 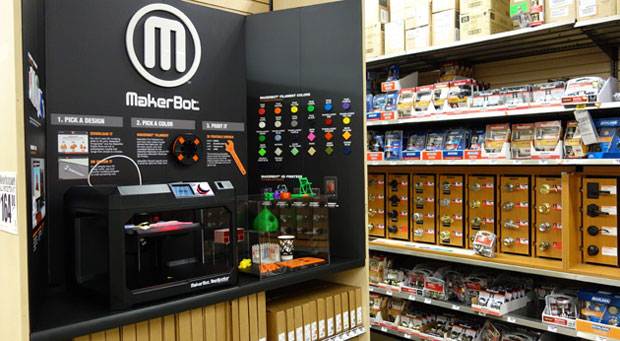 If you are interested in a MakerBot Replicator 3D printer and happen to live in one of three test cities, you can go to Home Depot and check the Replicator out in person. A kiosk will be set up in about a dozen locations in California, Chicago, and New York City.

Some locations will have workers on hand to show people what the printers can do and make things they can take home. This is a pretty cool idea, and it appears you can buy supplies at the locations after you buy your printer.