What’s Really Inside a Cake?

The black frosting gives the cake a dark vibe overall, but it doesn’t give any clues on what you’ll find on the other side. 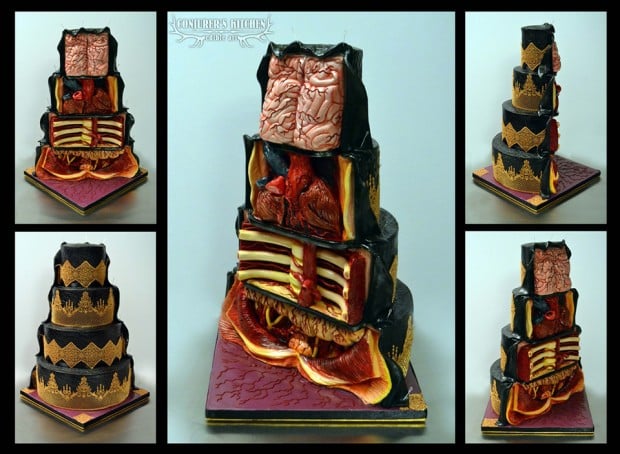 Annabel calls it the “Dissected Cake” for a good reason: the other side shows what’s inside the cake, and it’s not very appetizing. It doesn’t show what you’d find in a typical cake when you slice into it. Instead, the cake’s insides features internal organs and innards of a human being – from brains down to intestines, with a few ribs squeezed in between. 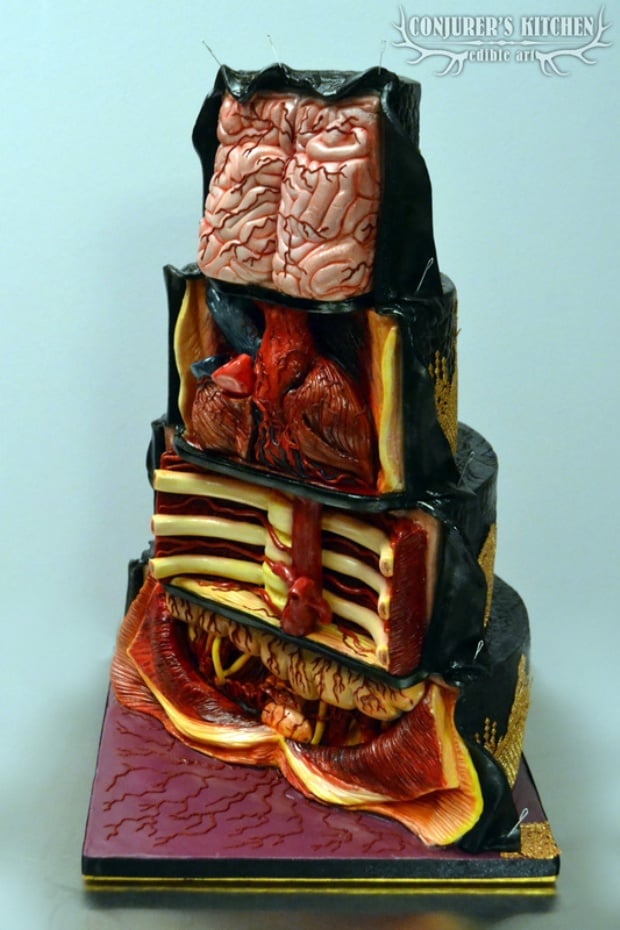 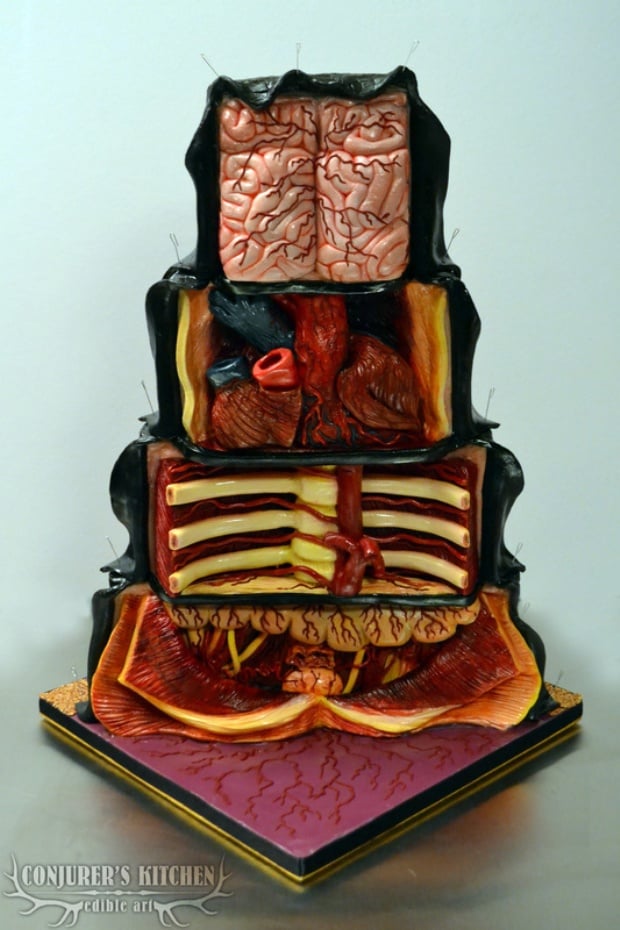 Now that’s one cake I wouldn’t want to have a slice of.

[via Geyser of Awesome via Laughing Squid]