Did you boldly go where few have gone before and got your hands on an Android Wear smartwatch? Your device is so freakin’ new it’s barely useful. But you can make it even more futuristic by giving it a 24th century look, thanks to Daniele Bonaldo and his LCARS-themed Starwatch watch face. 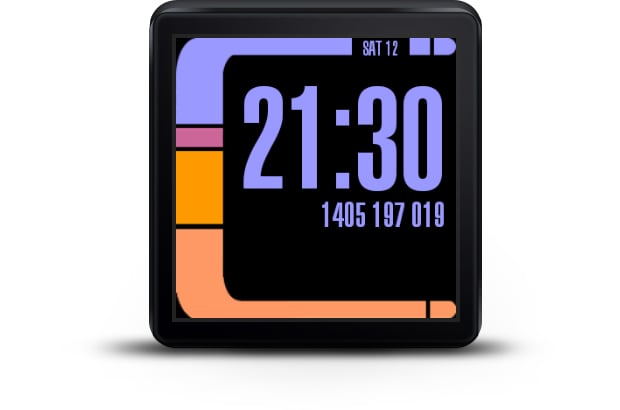 As if it wasn’t geeky enough, the free watch face not only displays the time and date, it also shows Unix time. The latter is the running tally of seconds that have elapsed since January 1, 1970, and it’s often used in computing and programming. Warp to the Google Play Store to download Starwatch.