Monty Python’s King Arthur on a Unicycle with Flaming Bagpipes…YES!

If you have never watched the classic film Monty Python and the Holy Grail, you all need a spanking. You can never know the violence inherent in the system if you have never watched this film. One of my favorite things about the film is that the actors rode around on fake horses whilst a squire clapped two coconut shells together for sound effects. 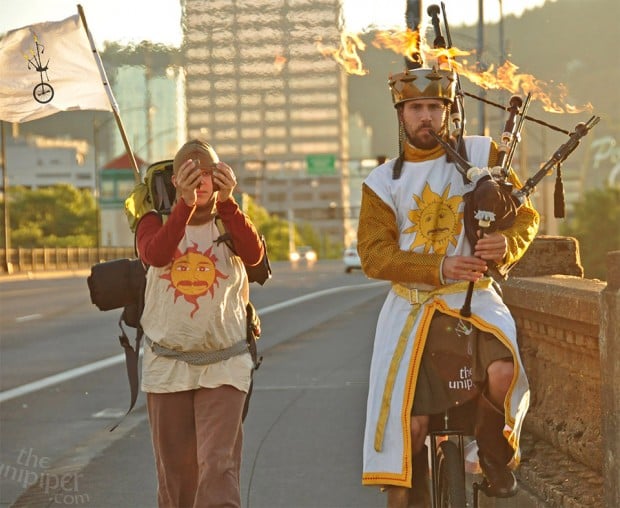 Recently a Portland-based (of course) dude named Brian Kidd, known as the Unpiper, rode a unicycle around while playing Monty Python music on bagpipes that shoot flames. It is as awesome as it sounds.

Check out the video above to see the coconut shell clapping, flaming glory that is Monty Python. Now I have to watch Holy Grail immediately.