Designer and illustrator Metin Seven came up with a 3D printed tribute to the 8-bit era of gaming and its legendary console, the NES. Metin simply calls it Mario’s Grave and features the pipe and ground from Super Mario Bros. 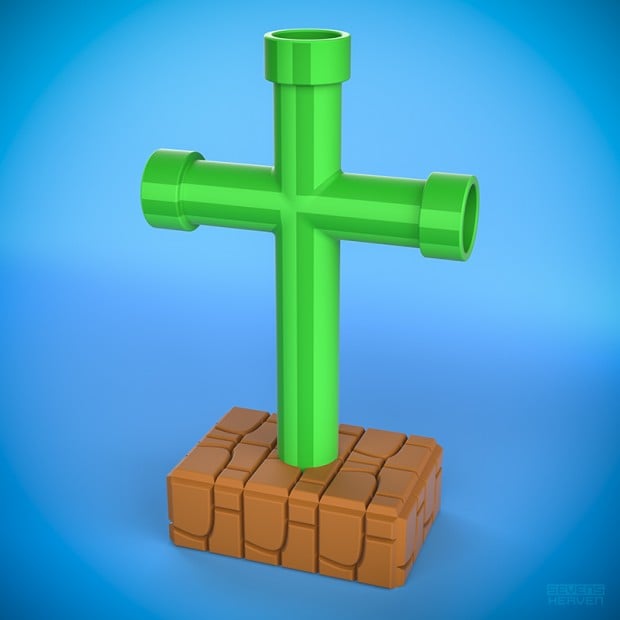 Even in death, Luigi still isn’t mentioned. No wonder he’s become a cold-blooded kart racer. You can order Mario’s Grave from Metin’s Shapeways shop for $39(USD) to $329, depending on the material you pick.