When a smuggler crosses you and drops his shipment at the first sign of Imperial trouble, you can do any number of things to him. Turning him into a carbonite toilet seat is probably one of the meanest. Especially when you consider what kind of villainous scum frequent Jabba’s palace. 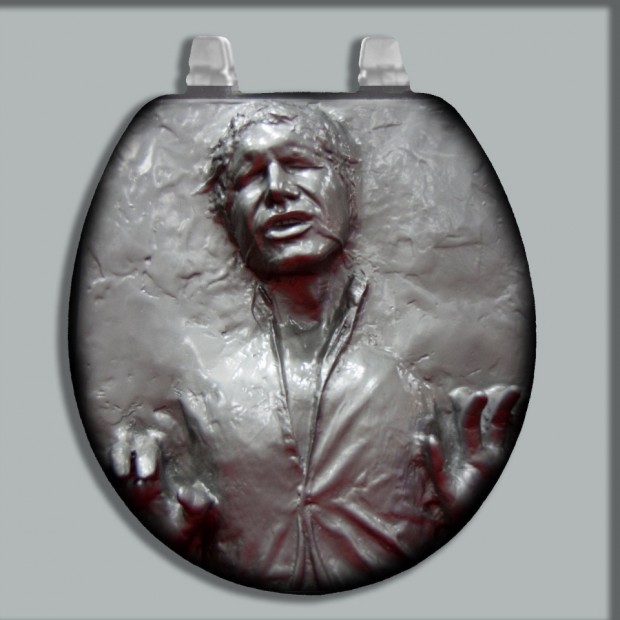 I can’t think of a worse place to be stuck in a bathrom. Well, I guess it’s all bad when you are frozen in carbonite and made into a toilet seat. If you are a fan of Han, you can get this toilet seat for $59.99(USD) on Ebay.

It’s custom painted and airbrushed to capture Han’s tortured look as he prepares for yet another “cheeky” visitor.