ABB Robotics is one of the leading industrial robot suppliers in the world. The company is concerned that the current workforce don’t have the necessary skills needed for the “robotics and tech heavy world of the future.” In an effort to inspire kids to be more interested in science, technology, engineering and math (STEM), ABB Robotics reached out to LEGO builders Brickit.dk. This is the result: 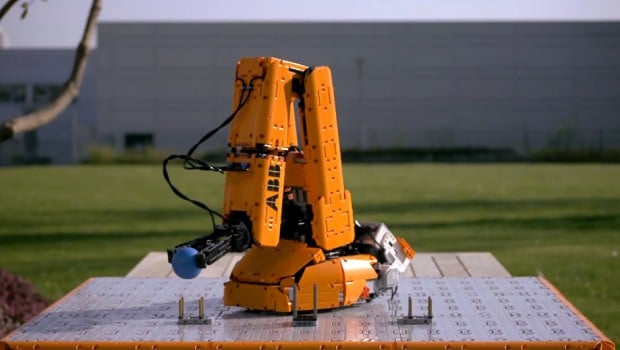 ABB Robotics originally wanted a LEGO static scale model of the IRB 120, one of its small industrial robots. But Brickit.dk’s Kenneth Madsen and Lasse Lauesen told the company that they could actually make the scale model move and work a bit like the IRB 120. After a total of eight months, that’s exactly what they had: a nearly life-size replica with six-axis movement and wireless remote control.

If their past projects are any indication, there’s a good chance that Kenneth and Lasse will share the details of their IRB 120 replica on their website, so keep an eye on Brickit.dk if you want to know more about this mechanical marvel.