Back in 2009 we saw a concept for a Rubik’s Cube lamp that can be made to change the color of its light by moving its faces around. The recently released official Rubik’s Cube lamp shines only white light, but you can actually rotate its faces and solve it if you want. “And that’s a big if,” said a billion forgotten Rubik’s Cubes stashed in drawers and attics all over the world. 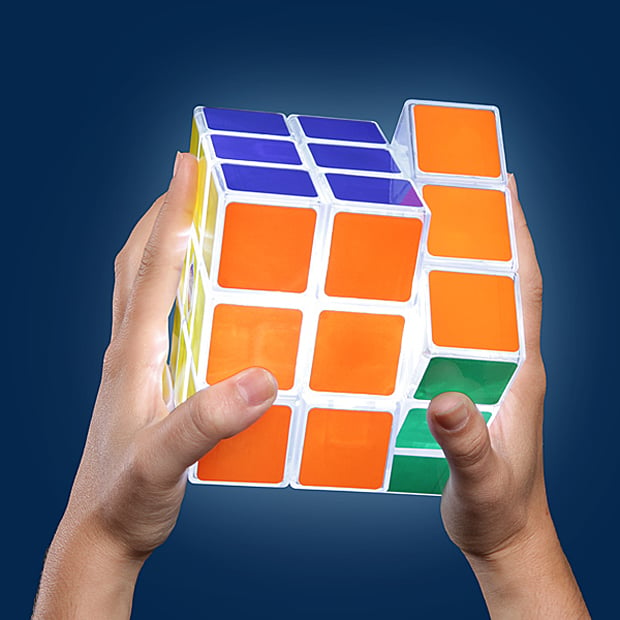 The lamp has a battery that lasts up to 2 hours per charge so you can play it while it’s lit up. It also comes with a display stand that doubles as a USB charging dock.

Rearrange your browser’s face into ThinkGeek and order the Rubik’s Cube lamp for $40 (USD).