Way back in the ’80s you may have played a tabletop war game called BattleTech. It was also a paper-and-pencil role-playing game called MechWarrior, which then was turned into a series of video games. The Mechs were awesome of course, which is what kept us playing. It was all great stuff. Now people are building Battletech treehouses for their kids. 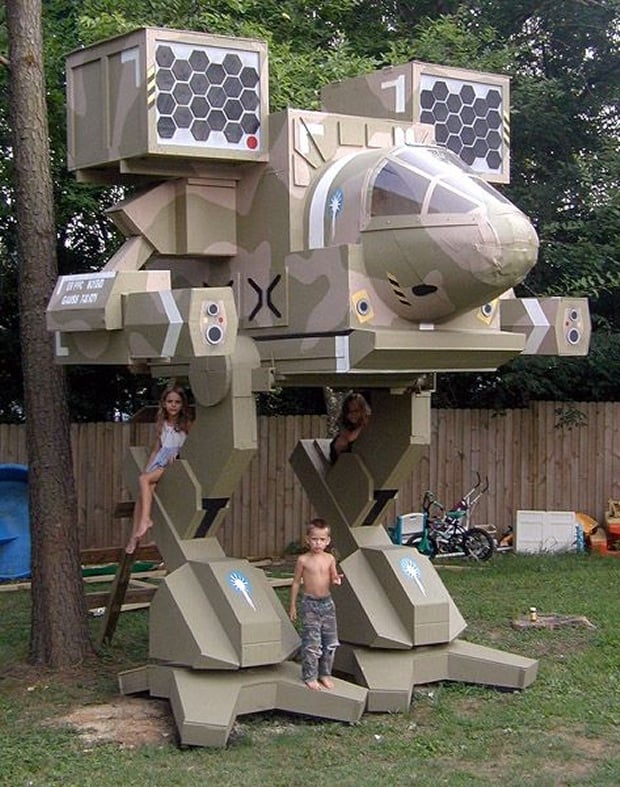 This awesome playhouse was built several years back by Jim Martin, a NASA scientist in Alabama. This mech is modeled on the Mad Cat, a 75-ton mech belonging to Clan origin. This thing looks awesome. The details are so good that it looks like it could begin to walk away and shoot stuff.

Those kids are so lucky. I wonder if it shoots missiles at the neighbor’s kids.

[via BoredPanda via Neatorama]