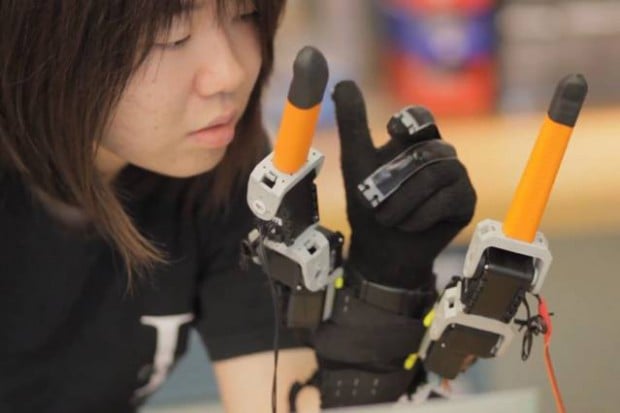 The robot fingers are positioned on either side of a human hand, and are worn with a glove equipped with motion sensors. Just like the robot arms, the robots can move intuitively based on the motion of the wearer’s own fingers. Faye did this by holding a variety of objects with her hand and then manually positioning the robot fingers to support the object. Using the data from these trials, Wu was able to make an algorithm that “essentially “teaches” the robot to assume a certain posture that the human expects the robot to take.”

Once Samsung sees this they’ll probably start working on a 12″ Galaxy Note. Head to MIT’s website for more on the robot.