I’ve only played paintball once before, from what I can tell the idea is to rent noobs the crappiest guns possible while the pros and course owners aim at their painful pellets with fully automatic guns shooting a zillion BPS. Bright orange blasted crotches and bruises aside, paintball was pretty fun. 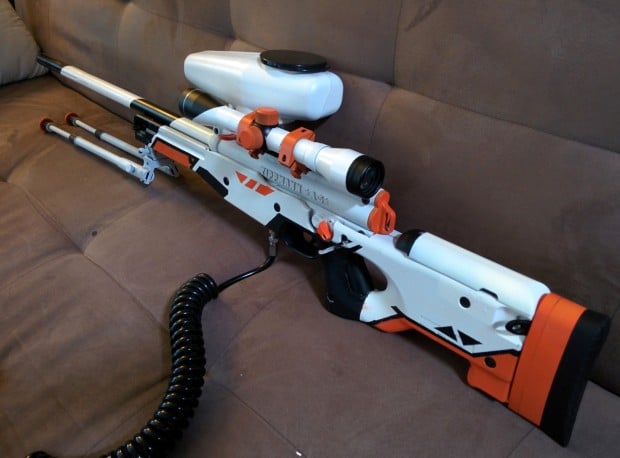 I imagine paintball would be even more fun with this sweet custom Asiimov AWP sniper rifle based on the one in Counter-Strike: Global Offensive. A guy named Gaboer took what appears to be a common Tippmann A-5 paintball gun and made it into something far from common. It appears the process involved lots of custom work with Bondo and spray paint. 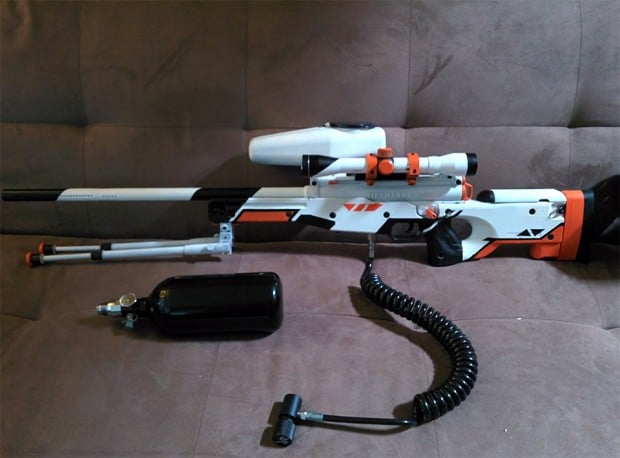 The finished product is a fully functional sniper rifle that you can use to snipe the gonads of your enemies from afar. I wonder how far the custom gun will shoot.