An upcoming device called goTenna could turn smartphones and other mobile devices into modern walkie-talkies. The portable antenna uses VHF radio waves, allowing you to send text messages over short distances without the need for cellular reception or an Internet connection. 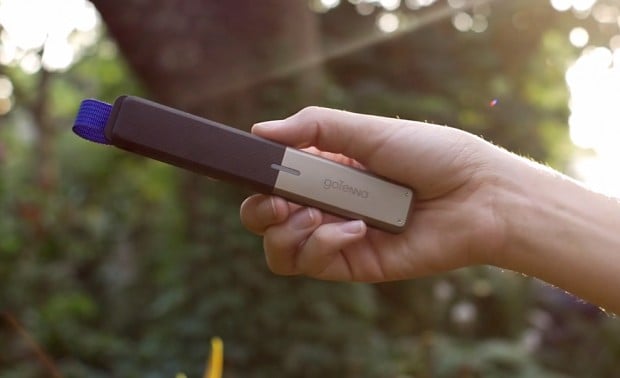 The goTenna connects to a mobile device via Bluetooth. It will have an iOS and Android app from which you can send messages, share your location and read messages sent by other goTenna users. If your phone is off, the goTenna can store any messages sent to you in its flash memory so you’ll still be able to read them later. It has a water-resistant and dustproof case, and has a battery that should get you up to 30 hours of continuous use per charge. 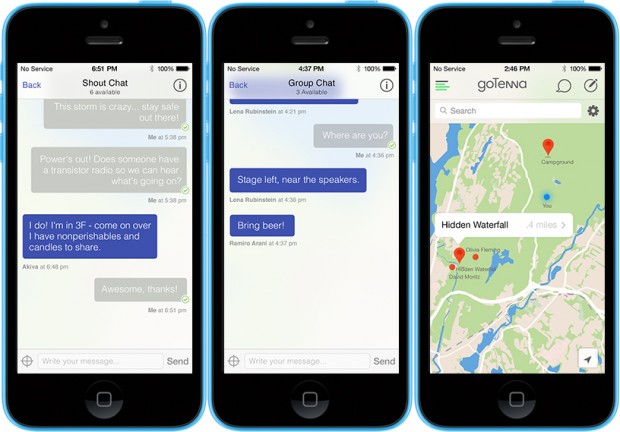 Speaking with Gigaom, goTenna CEO and co-founder Daniela Perdomo said you can reach other goTenna users as far as 50 miles away if you’re in a really open space, like on a mountaintop. But that range shrinks down to about a mile in dense environments like forests or cities.

You can already pre-order goTenna online for $150 (USD) per pair, but you might want to wait until the product gets reviewed by radio enthusiasts or at least until it gets the FCC’s approval.