Legend says that when this My Little Pony sword with cutie mark is pulled from the stone, they will have found their king…or Queen. The problem is that ponies only have hooves, so no one can remove the sword from the stone. That’s my story and I’m sticking to it. 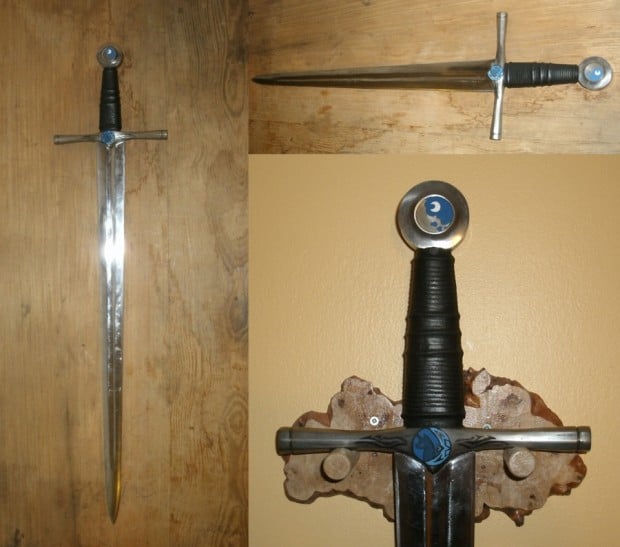 This sword was made by DeviantART member jablechien and it also sports the traditional icon of Princess Luna, which was expertly applied using acrylic paint and a toothpick.

It would be so cool if they had weapons in My Little Pony. Your father wanted you to have this. It is an elegant pony weapon from a more civilized pony age.