Thermal cameras can be used for all sorts of things from monitoring body temperature for coaches to finding thermal leaks in your home. The catch is that most thermal cameras cost $1000 or more. During CES 2014 this past January, Flir, a leader in thermal cameras, unveiled a cheaper thermal camera accessory for the iPhone that looks very slick. 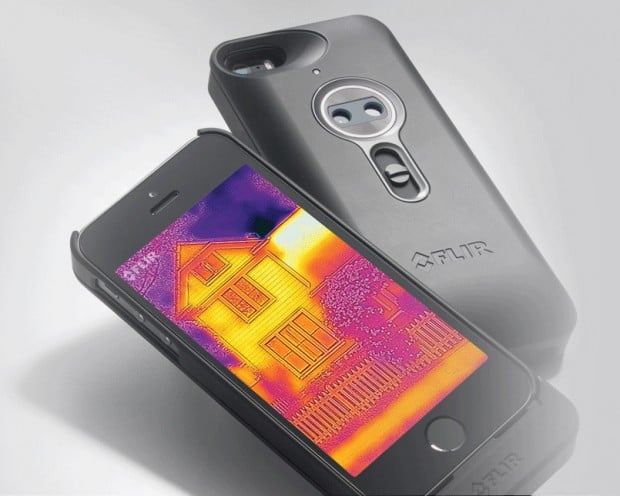 The accessory is called the Flir One and it will fit the iPhone 5 and iPhone 5S. The camera sells for $349(USD) and is available starting today. At that price, it is much cheaper than the next cheapest thermal camera in the Flir range priced at around $1000.

You can check out an interactive simulation of the Flir One in action here.