Check out these Samurai Darth Vader and Storm Trooper costumes. Now you can be a true and honorable warrior from a galaxy far, far away. 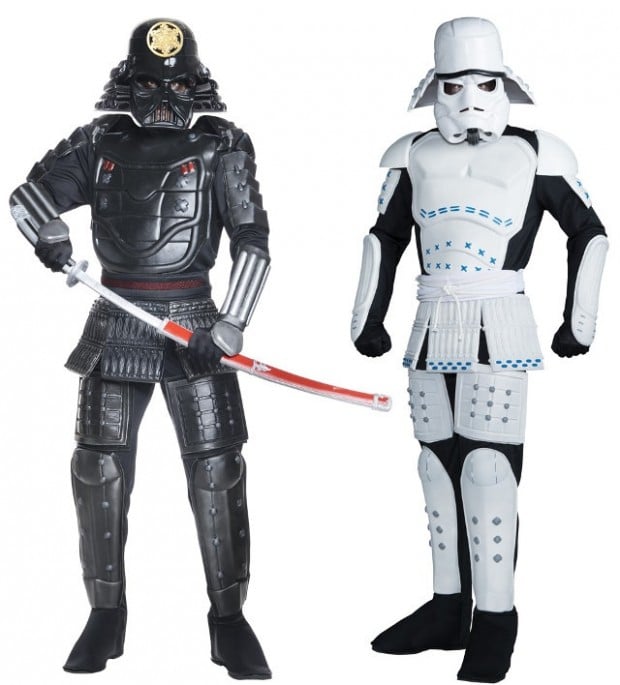 Sure, these are expensive costumes, but you are going to stand out from all of the other Darth Vaders and Stormtroopers out there. To bad they don’t have a Samurai Boba Fett. I would buy that one in a second.  Each one is available for pre-order from Costume Craze for $188(USD).

Is it just me or is that Samurai Stormtrooper a little long in the forehead? It looks bizarre, like Vader Force-squeezed him in a fit of rage, like he was Play-Doh.