We’ve all seen movies and TV shows over the years that give us a glimpse at what life on Earth would be like if we lost all power and our electronics were inoperable. What you might not know is that in 2012, only a single week separated humanity from a potentially devastating solar event that might have made such a scenario reality. 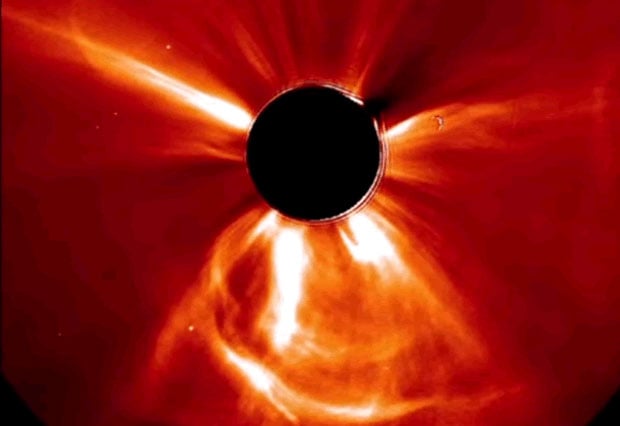 On July 23, 2012, the Sun blasted two massive coronal ejections into space. Had the ejections happened a week earlier, the Earth would have been pummeled with radiation. The ejections were the most massive seen in 150 years. Scientists say that the radiation would have likely damaged satellites and compromised communications around the planet.

Scientist also believe that the CMEs were so powerful that they might have damaged the electrical grid to the point that two years later we would still be picking up the pieces. NASA wrote in a report about the solar storms, “Analysts believe that a direct hit … could cause widespread power blackouts, disabling everything that plugs into a wall socket. Most people wouldn’t even be able to flush their toilet because urban water supplies largely rely on electric pumps.”

NASA continued, “According to a study by the National Academy of Sciences, the total economic impact could exceed $2 trillion or 20 times greater than the costs of a Hurricane Katrina. Multi-ton transformers damaged by such a storm might take years to repair.”