A 17-year old maker named Alexander Maund designed and 3D printed a robot that just keeps on walkin’. But instead of anthropomorphic legs, Alexander’s robot has four short legs and looks more like a small bench. 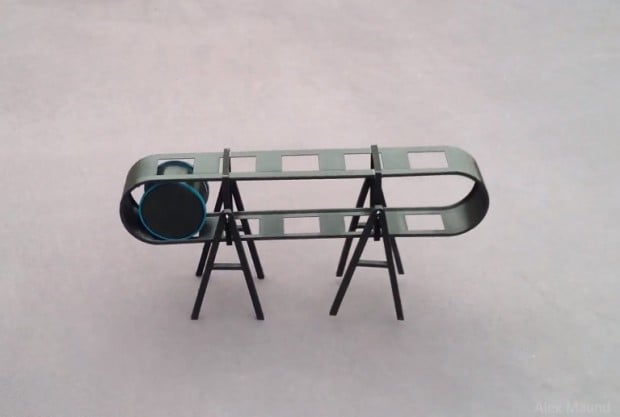 According to Alexander, the cylinder inside the robot’s body has “a small geared motor powered by a couple of watch batteries, which drives a lead weight around the perimeter of the cylinder causing it to roll.”

I don’t know if Alexander plans on selling or at least uploading the schematics for his robot, but he does have a shop for his other 3D printed products on Shapeways.