A while back we got our first look at Batman’s costume in a set photo, but now we are getting a closer look at Ben Affleck’s cape and cowl from the upcoming Superman vs. Batman: Dawn of Justice movie. 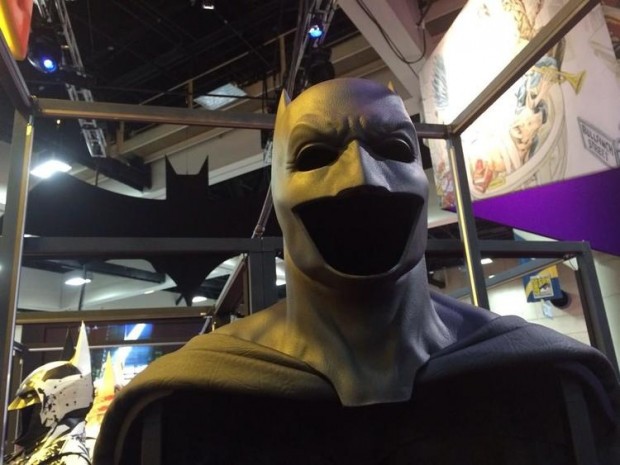 This is the cape and cowl that Ben Affleck will be wearing in the new movie. If you are going to San Diego this week you can see it for yourself, since it is on display at Comic-Con. I have to say, it looks really damn good. These particular ears, along with those lines above the eyes, give the cowl a very menacing look. 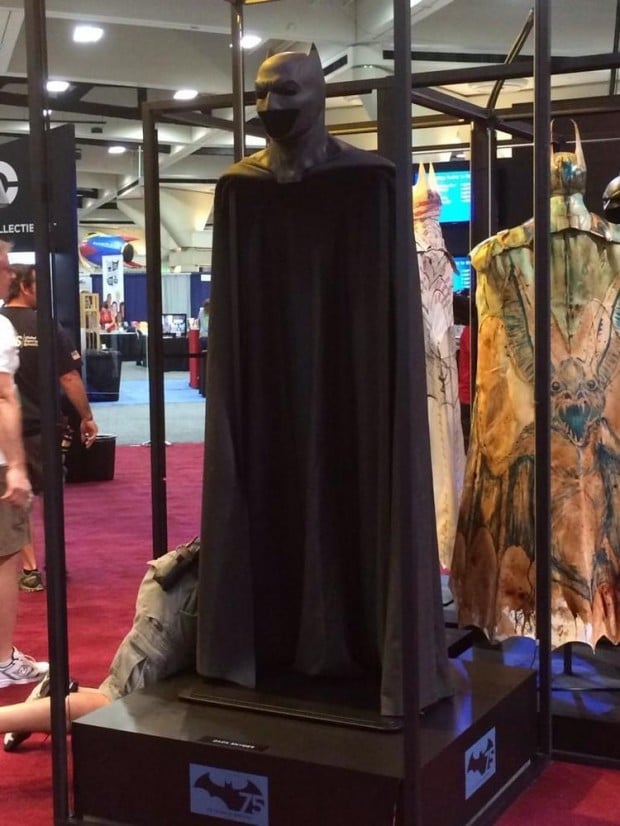 If you are at SDCC make sure you check it out.

[via CBM via Geek Tyrant]