Late last year we talked about the Cyberith Virtualizer, an omnidirectional treadmill and motion sensor for use with virtual reality devices like the Oculus Rift. After three prototypes, Cyberith is now raising funds on Kickstarter to finalize and produce commercial versions of their promising device. 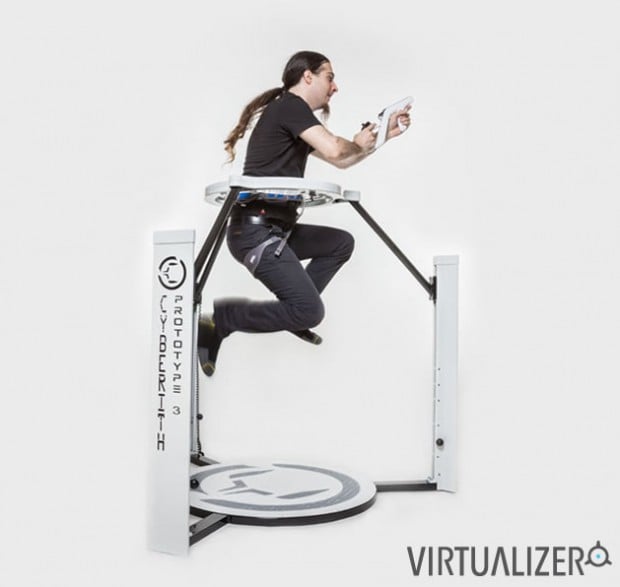 The final version of the Virtualizer works just like the prototype we saw last year. It has a flat low friction base with omnidirectional sensors, a height-adjustable harness that detects changes in position and keeps you from falling off the base, and straps that help you crouch, sit or kneel. 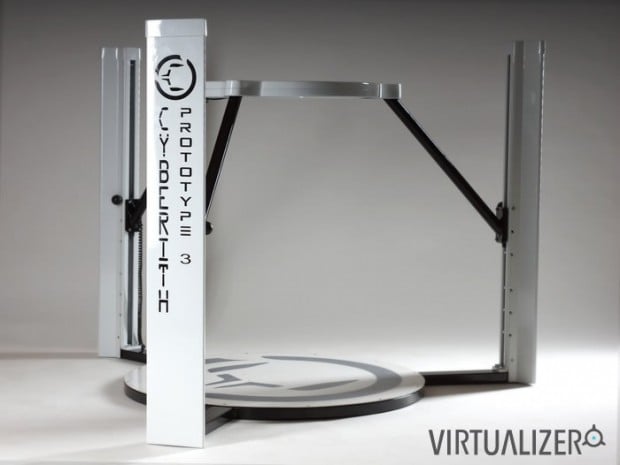 Pledge at least $699 (USD) on Kickstarter to receive a Virtualizer as a reward. Cyberith is also offering a dummy Virtualizer – i.e. no sensors, just the base and the harness – for people who intend to use other VR sensors and are looking for a device that will keep them in place while they’re plugged in.