I always thought the Klingon language was made up of sounds that were invented while people were clearing their throats. My favorite Klingon was Worf from The Next Generation and if you want to be a little more like Worf, you need this letter opener. 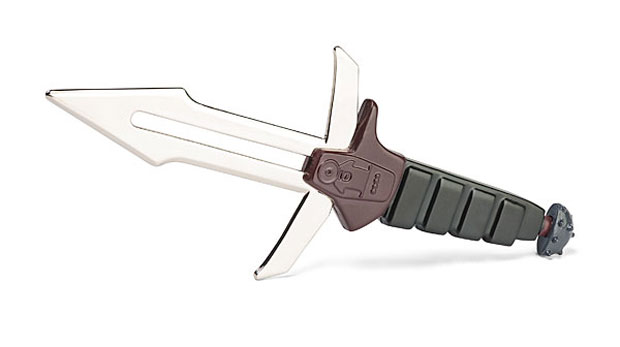 You can prove that your electric bill has no honor by slicing it open with the D’k tahg letter opener that looks like a little version of Worf’s own knife. The opener is perfect for hand-to-hand combat with pesky envelopes. 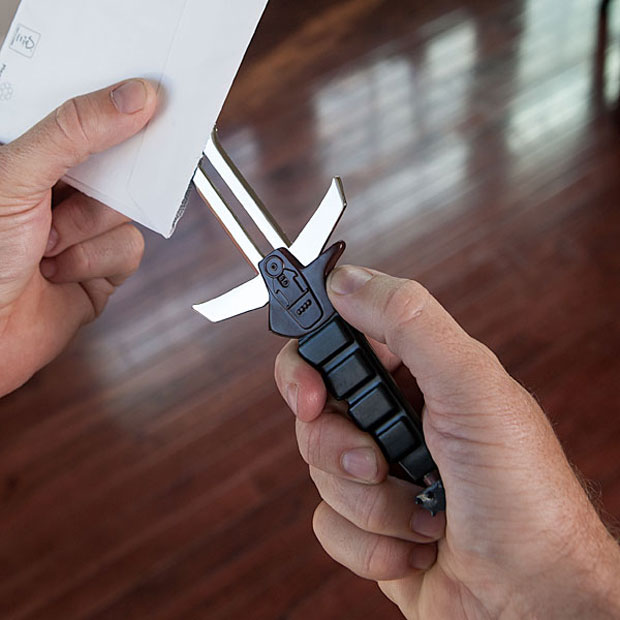 The D’k tahg letter opener is made from a zinc alloy. It measures 8″ x 3″ x 4″ and weighs about five ounces. Sadly, the secondary blades don’t spring open like the one from series – they’re fixed. It is an officially licensed Star Trek collectable and you can pick one up for $24.99 from ThinkGeek.