I think I have found the perfect weapons for the people in Sharknado 3 to use to fight off the toothy aquatic hoards. Check out these sculptures, they look like sharks with machine gun parts protruding from their bodies. 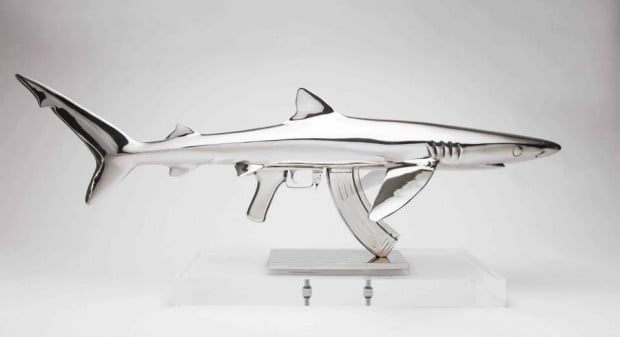 The sculptures are from artist Christopher Shulz. If these were nightmare weapons, they would shoot shark teeth rather than bullets, which would be pretty awesome. 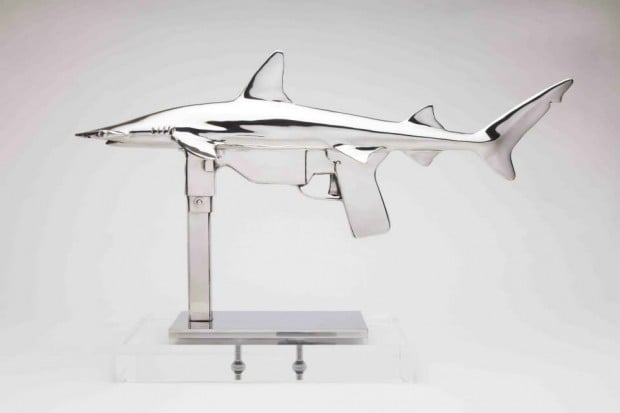 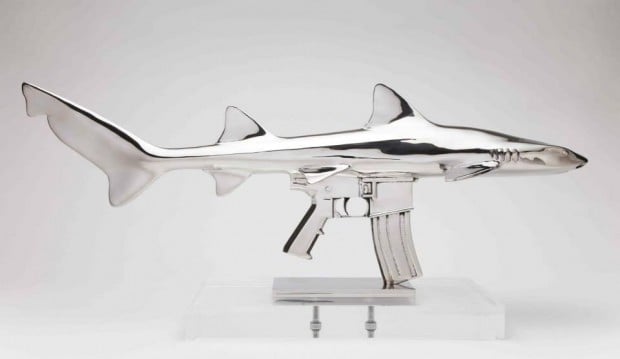 Shulz describes his sculptures as, “3D metal sculptures combining sharks and guns that are meant to evoke a prescribed reaction from misinformation.” I’m not sure if he is going for commentary on how sharks are dangerous as guns or how guns are not dangerous or what. All I know for sure is that I want a shark gun. With a frickin’ laser beam sight.