What’s difference between RAM and ROM? How does a floppy disk drive work? Can I run an Integer program on my 48K system? What’s the best way to perm your hair? These and many other questions are asked in this training video from 1980 which YouTuber Taz Goldstein recently dug up from his family’s old Apple II computer. 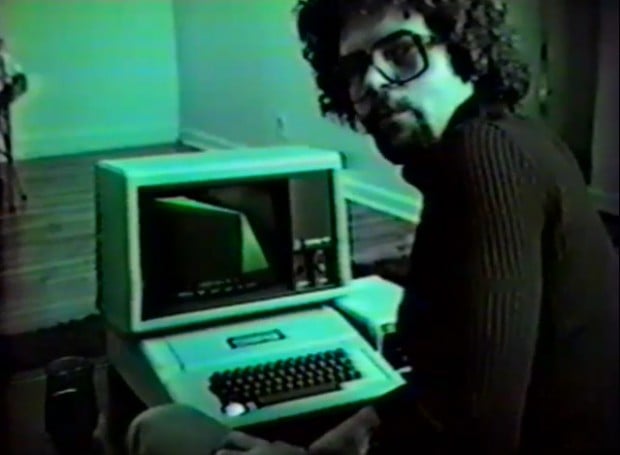 The 30 minute video from Long Island New York’s long-defunct Berliner Computer Center teaches you everything you need to set up your Apple II computer, and the basics of using the 8-bit system. It’s an awesome time capsule of the early days of the personal computing era, plus that guy’s hairdo and eyeglasses are reason enough to watch. I actually think this guy was the world’s first hipster.

You can check out the classic video below:

Just look at how many steps it took to even power on and run a program. And the racket that floppy drive made, wow. I remember my first Apple II didn’t even have a disk drive, and had to read in programs from cassette tapes.