NFL to Let Teams Use Surface Tablets on Sidelines

Over the years, NFL teams have used some interesting methods of getting photos down to the sidelines so players and coaches could study the formations of their opponents. The strangest may be when they had a zip-line running from the press box at the top of the stadium down to the sidelines and clipped Polaroids to the string and sent them to the coach to check out. Things are set to get much easier for coaches and players with the NFL allowing teams to use Microsoft Surface tablets on the sidelines this season. 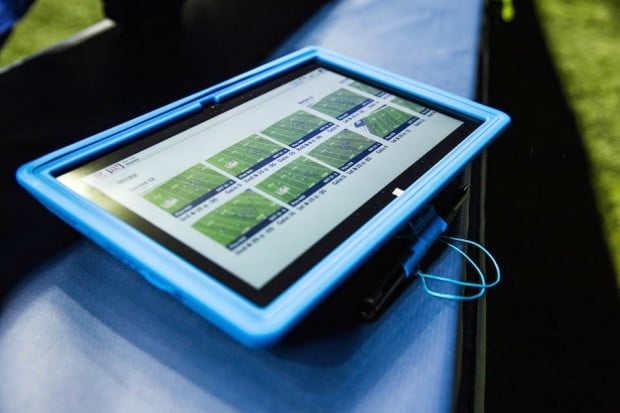 The players and coaches will be able to use the tablets to look at digital photos of the opposition so they can learn more about what the other team is doing, as well as annotate images on screen. The tablets will be able to compare multiple photos at one time, and have been wrapped in durable weatherproof coating with waterproof screens. They’ve also been locked down so they operate on a secure private network, and to only run the NFL-sanctioned photo app.

The system, based on modified Surface Pro 2 tablets, is called the Sideline Viewing System and is one of several technologies that the NFL will be rolling out this year. The tablet plan is part of a larger partnership between the NFL and Microsoft worth about $400 million.