I have never even heard of micro dominoes before. I guess they are just like regular dominoes, but tiny. Like 80x smaller and 100x lighter in fact. They look like tiny sticks of gum. Who knew? These things are so small, they have to be set up using tweezers. And it will tick you off 80x more than standard dominoes, when they all fall before you are ready. 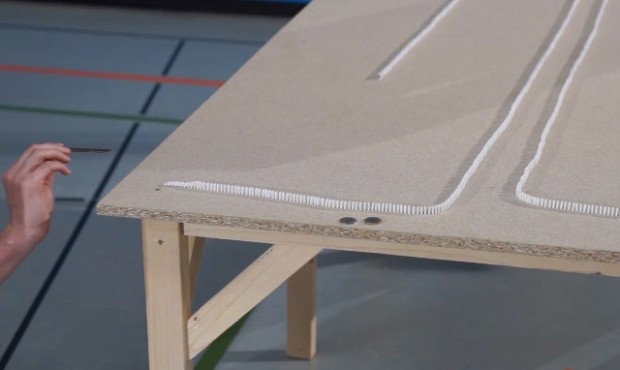 What we have here is the world record for the longest micro domino maze, set up by Germany’s Sinners Domino Entertainment. Watch them carefully place them, and then knock them all down. This is like the flea Olympics for domino nerds.

I wonder how many tries it took to set this one up. There’s no way they did that the first time. Good job domi-nerds. You rule.

[via The Awesomer and Geekologie]