Navdy HUD for Cars Helps Keep Eyes on the Road

I’ve long wanted to have a slick heads-up display in my car to show me things like speed, RPM, and direction. That would be much cooler than having my iPhone attached to the windshield with a RAM mount. I’d also really like it if the device would stay put so when I am driving a car on the racetrack so I could use it to see how fast I was going and the RPMs of the car without looking down. 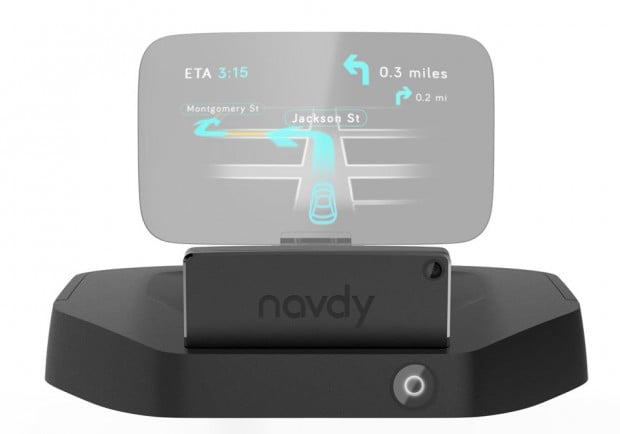 Navdy might be exactly what I need. It is a small device that links to Android or iOS smartphones via Bluetooth 4.0 and gives you a HUD to look at. It will show GPS directions from Google Maps, and connects to your vehicle’s OBD II port to get speed, RPMs and other data about the car. Navdy can also display information from your smartphone, including text messages, and allow you to screen and answer phone calls.

It uses a projector to throw an image on a 5-inch screen that appears to float 6-feet in front of the driver, and is controlled using simple gestures, so you don’t have to reach in your pocket to grab your phone.