Rosetta Spacecraft Arrives at Comet 67P after a Decade-Long Trip

Way back in 2004, the European Space Agency launched a spacecraft called Rosetta on a mission to enter orbit around a comet and send a lander to its surface. The comet is called 67P/CG, and after ten years in transit, Rosetta has finally reached the comet and is now preparing to enter orbit. 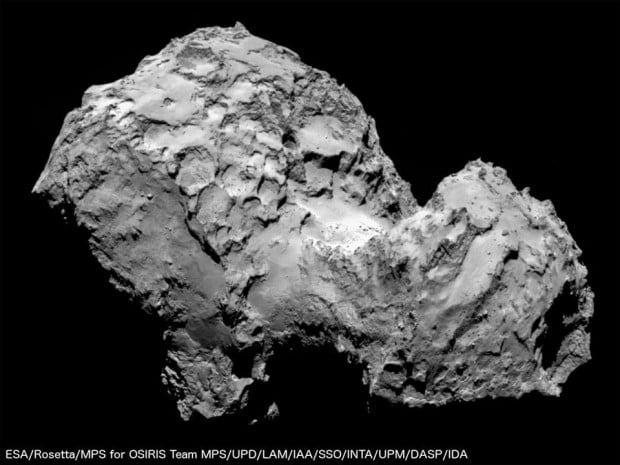 Rosetta reached its destination today and has been placed into a series of triangular paths near the comet to gather data. Gradually, these paths will encircle the comet, and the spacecraft will enter a true orbit around the comet, as shown in the video below:

It’s very cool that despite taking a decade to get to the destination, the trip has gone off without a hitch so far, and has already resulted in some impressive close-up photography, like the image here: 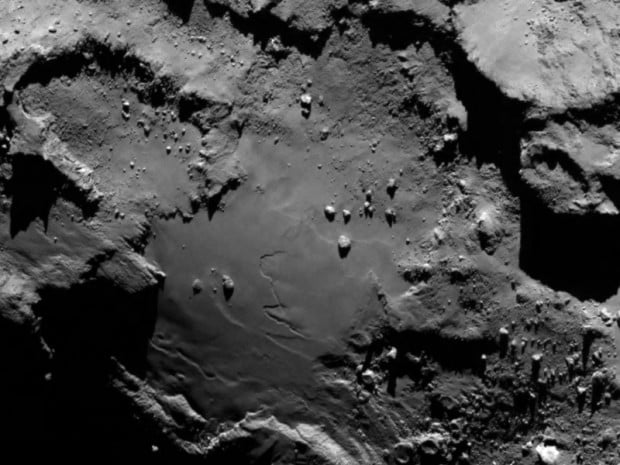