Something weird has happened in the jungles. A photographer was shooting pics of some monkeys when one monkey made off with a camera. Said monkey proceeded to take about 100 images, mostly of the jungle floor or blurry something’s. 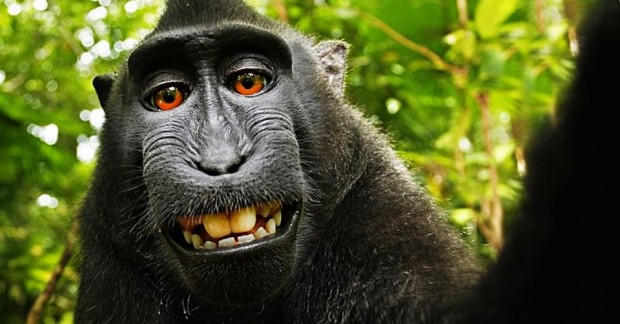 However, a few of the images of the macaque turned out very nice and show a monkey posing for selfies. I can only assume the monkey is looking for a date on Plenty of Fish. A monkey taking a nice selfie is strange enough, but the story gets stranger still. Someone uploaded the image to Wikipedia, and the photographer who owns the camera saw it and asked Wikimedia to take it down.

The monkey was too busy flinging poop to comment.